This writer for HBOWatch would like to announce the arrival of a new segment that will appear from time to time called HBO CLASSICS. It will look at HBO programming past and celebrate the entertainment and talent that has shaped the channel. Since it is October I and my Editor-in-Chief thought what better way to kick off these posts but to open up the musty coffin lid on TALES FROM THE CRYPT.

Over the course of the month we will look at all seven seasons of this horror anthology series that aired on HBO from 1989 to 1996 for a total of 93 episodes. The concept was created by William Gaines. He was the publisher of a comic book series of the same name under his EC Comics line in the 1950’s. 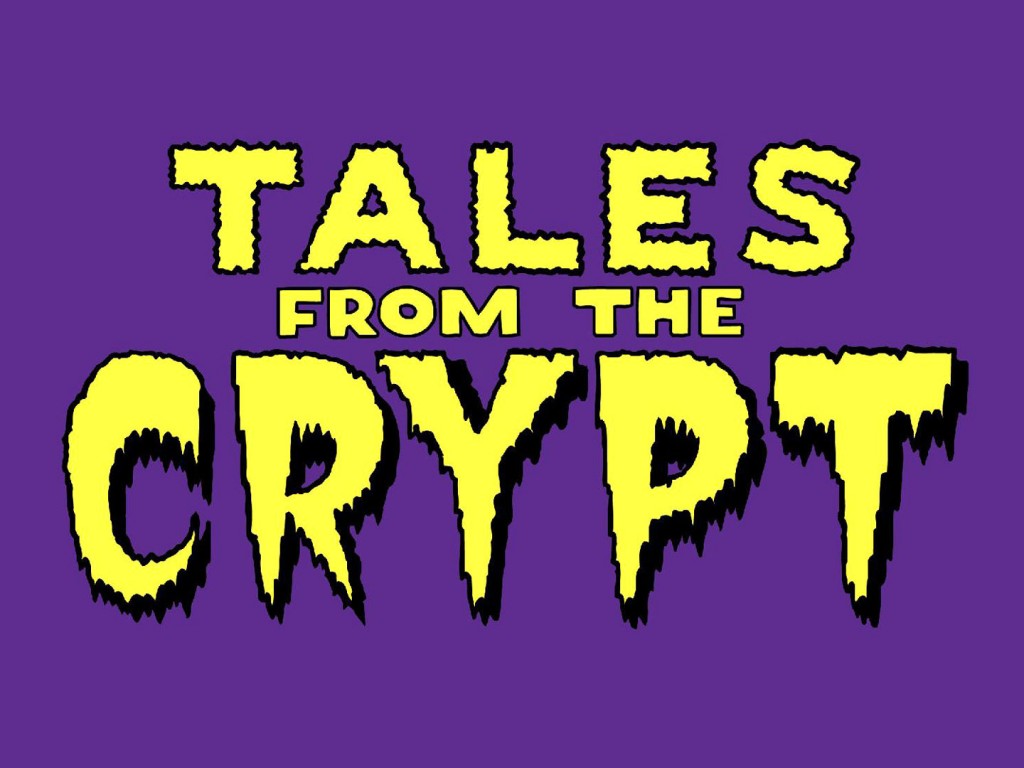 All of the stories created for the TV series, but one, come from the pages of Tales from the Crypt comics and other titles in the EC Comics family. When the concept was planned for TV an unbelievable set of executive producers came on board to make the series happen. Check out this power list: Richard Donner, David Giler, Walter Hill, Joel Silver, David Geffen and Robert Zemeckis all backed and managed the series. Of course, these bigwigs also directed episodes of the series as well. Joining them in the rank as directors were also the likes of Michael J. Fox, Tom Hanks, John Frankenheimer, and Tobe Hooper. Of course, with big names behind the cameras came big names in front of it as well. Some of the on-screen talent included Dan Aykroyd, Steve Buscemi, Tim Curry, Brad Pitt, Margot Kidder Sam Waterston and many more.

The big headliner every week, of course, was The Crypt Keeper. Each episode was bookended with some cut-up comments from this animated, yet decaying & skeletal ham. He was full of witty quips and a raucous cackle as he presented each journey into the macabre and ghoulish. The Crypt Keeper, held over from the comics, was brought to life (sort of) by two people. The man who was H. R. Pufnstuf himself, Van Snowden was the puppeteer that articulated the corpse and John Kassir, a talented voice actor voiced the ghoul through the show’s entire run making the character his most noted work. Here is a look back at the opening credits for TALES FROM THE CRYPT (the theme was composed by Danny Elfman) and that famous cackle.

That quick overview is just half the post. What follows is a look at each episode of Season One. It will list title, director, brief description and actors with a few screenshots along the way. So enjoy this spooktacular look at the first six (6) episodes of the show. This first season must have been a test season to see how well the show would do, thus the reason for a short number of episodes. Plus, they premiered in June of 1989 instead of in the Fall of that year. Keep in mind that it would be too epic to write an in-depth synopsis and the Crypt Keeper’s banter (though they can be found online) for each episode so these are just short factoids about each episode. Let’s get to it.

The first three episodes made up the premiere launch on June 10, 1989.

“The Man Who Was Death”  was directed by Walter Hill.  PLOT – After the death penalty is abolished in his state, an executioner is left jobless and decides to take the law into his own hands. We’re talking a grisly start to the series starring William Sadler. 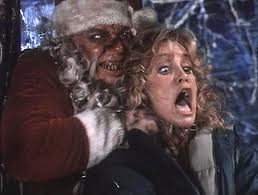 “And All Through The House” was directed by Robert Zemeckis. PLOT – All through the house was probably blood because after killing her husband on Christmas Eve, an adulterous woman is attacked by an escaped ax-wielding maniac dressed up as Santa Claus looking for someone naughty or nice. Larry Drake was the killer who only had one line in the episode – the last one.

“Dig That Cat…H“e’s Real Gone” was directed by Richard Donner. PLOT – It seems that a cat’s gland is implanted into the brain of a homeless man giving him nine lives but he gets a little greedy when he uses his new found gift for profit by becoming a top carnival act. Oh, and the sick things he does to himself! It stars Joe Pantiliano (THE SOPRANOS’ Ralph Cifiretto) as Ulric the Undying and Robert Wuhl (ARLISS) as the Carnival Barker. 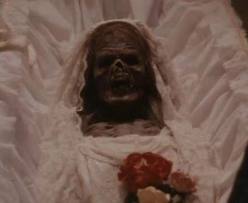 “Only Sin Deep” was directed by Howard Deutch. PLOT – It seems a drop-dead gorgeous prostitute eager for a career change, sells her looks to a pawnbroker and uses the money to snag a rich bachelor, but finds out that her looks seem to be deteriorating at an abnormal rate. Lea Thompson stars as the hexed hooker Sylvia Vane who ends up like the picture to the left

“Lover, Come Hack To Me” was directed by Tom Holland. PLOT – A newlywed couple retreat to the wife’s aunt’s mansion where the husband plans to kill her for her inheritance, but soon 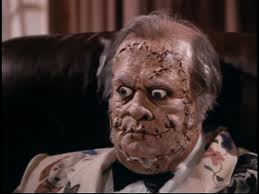 learns that his wife’s family has a dark past and is not what she seems herself. Who plays the fiendish wife who inherits a flair for the macabre? It is actress Amanda Plummer

“Collection Completed” was directed by Mary Lambert. PLOT – A recently retired man just wants to relax and take it easy but to his dismay, his wife has open their home to every stray animal in sight, so he decides to take up a new hobby. It stars M. Emmet Walsh and Audra Lindley as the elder couple and the hobby is his own makeshift taxidermy. His wife has the final say in the end as you notice here.

Also notice that Season One is complete with this episode as well. So let’s check in with the Crypt Keeper himself on the way out. 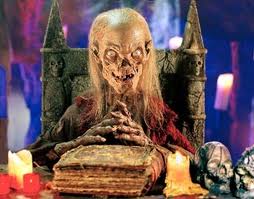 “Hello boils and ghouls. You are just getting started with this look at my gory stories. Right now I need my beauty sleep but we will return next week with a look at Season Two and Season Three of TALES FROM THE CRYPT. In the meantime, sharpen your fangs and your axe and go take a blood bath and call it a day. Till next time my fiends!”