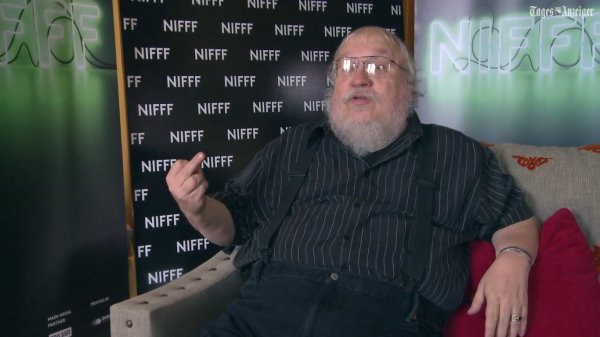 In a recent interview with the Swiss newspaper Tages-Anzeiger, the acclaimed author of A Song of Ice and Fire, upon which Game of Thrones is based, was asked how he would respond to fans’ worries about his health giving out before he has the opportunity to finish the remaining books. Martin responded thusly:

“I find that question pretty offensive, frankly, when people start speculating about my death and my health. So fuck you to those people.”

Although his response was accompanied by a signature chuckle and raised middle finger, it is apparent that he feels insulted by such inappropriate questions, and rightly so. Such worries have increased of late, as it looks more and more certain that Game of Thrones will soon overtake Martin’s progress on the books, and finish the story.

More on this extract (and a .gif of this historic moment) over on EW.