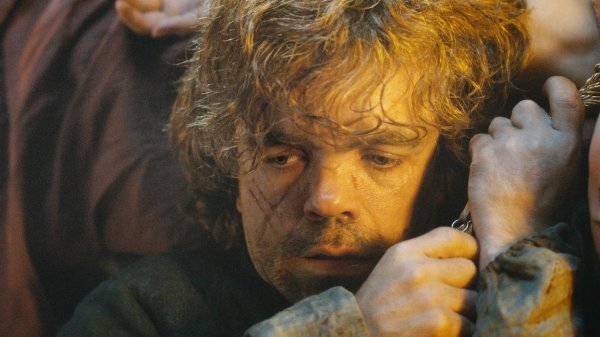 Recently, one of our writers posted an opinion piece on whether Game of Thrones will outpace A Song of Ice and Fire before George R. R. Martin finishes writing the (proposed) remaining two books. We now have much more concrete information on this matter.

Thanks to EW, we now know that HBO executives are “not concerned” about the series overtaking the remaining books. Here’s an extract:

HBO chairman and CEO Richard Plepler and programming president Michael Lombardo were asked by critics Thursday if there was anything “short of nuclear war” that would prevent Thrones from completing its entire story as planned. “No … we’re committed to it and [showrunners David Benioff and Dan Weiss] are committed to it,” Lombardo told reporters at the Television Critics Association press tour in Beverly Hills.

Some fans of George R.R. Martin’s ongoing book series will find the assurance a bit unnerving, as many hope the author will continue trail-blazing the show’s narrative—a goal of all the parties involved in the production that seems less likely with each passing season. “Obviously George is an integral part of the creative team,” Lombardo said. “So next season every move is being choreographed very closely with him. Certainly after next year we’ll have to figure it out with George, but we’re not concerned about it.”

The Thrones showrunners plan to finish the series in seven seasons, with next year’s fifth season drawing heavily from Martin’s fourth and fifth novels in the saga (A Feast for Crows and A Dance with Dragons). So seasons six and seven are expected to be culled from either as-yet-unpublished material—should Martin’s next novels The Winds of Winter and A Dream of Spring not come out before each season—or pave its own way.

In addition to this, there is now clarification on some of George’s out of context statements about possible Game of Thrones movies to finish the saga off. Said Lombardo, “There’s no conversations going on about a movie.” There you have it.

Author’s Note: Honestly, I don’t blame them. In signing the creative rights over to HBO, George gave them his express permission to do what they plan to do – keep the show going steadily until the bitter end. Obviously I would prefer to experience the ending for the first time through the books (and there will undoubtedly be significant plot changes going forward), but I will not give up on the show in order to remain Unsullied until the books’ publication. This is HBO’s moneymaker, their biggest show ever, and they’re doing the right thing for their network by moving forward relentlessly. We can’t blame George for the admittedly slow pace of his writing – these are his babies, and he is under no time obligation to us. Similarly, we can’t blame HBO – this is one of the biggest shows in the world, and they are contractually under no obligation to George.

Hopefully we will get more information on this, and all things Thrones, at the upcoming San Diego Comic-Con. Game of Thrones returns in Spring 2015. We’ll provide an air date as soon as we have it.