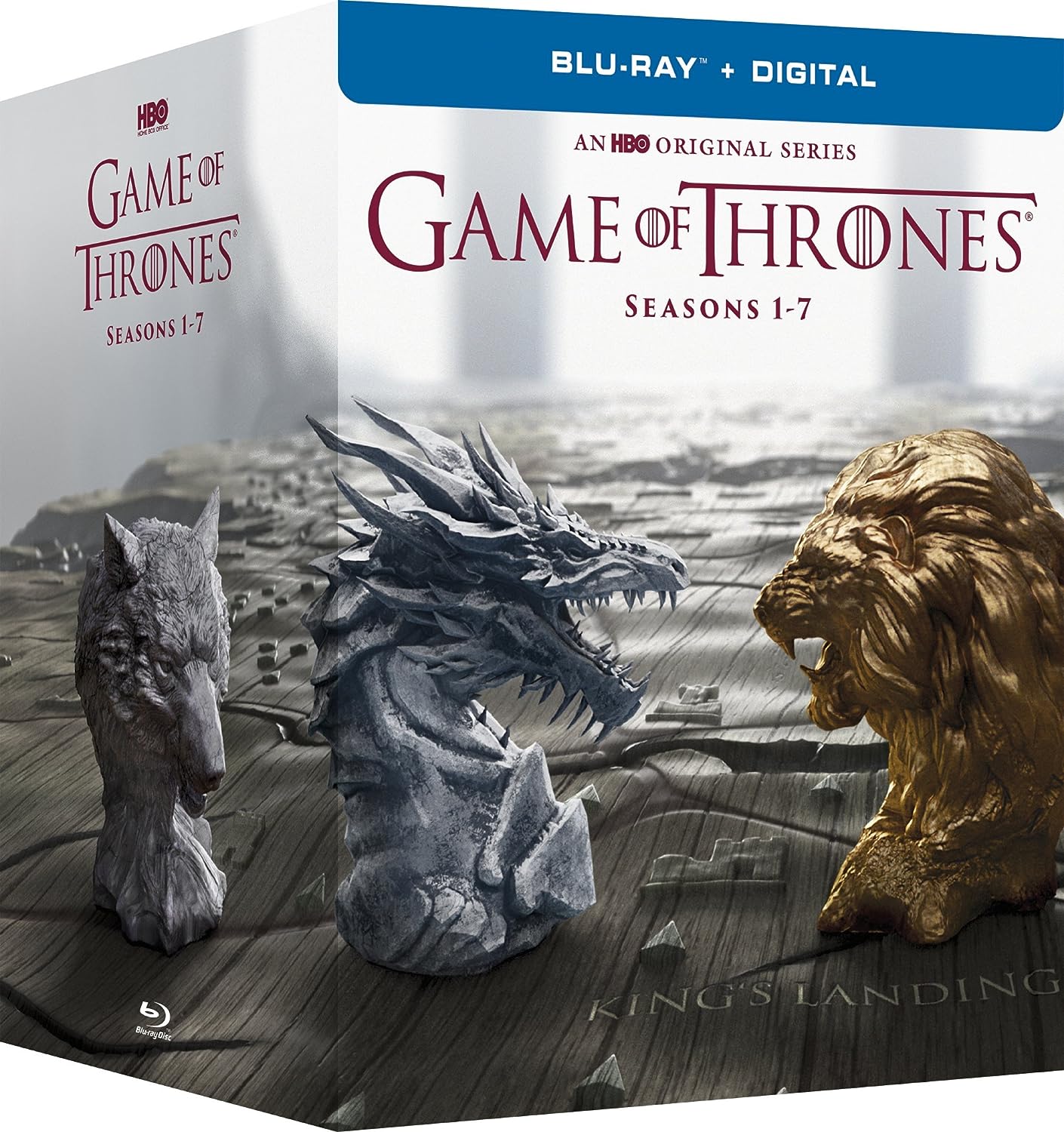 Just in time for the holidays, HBO is releasing a spiffy Blu-ray and DVD collection of all seven seasons of Game of Thrones. We’ve been tracking Game of Thrones Blu-Ray and DVD release dates for years now and you can currently pre-order it on Amazon, and it will be available starting December 12, which gives you ample time to get it in time for Christmas– regardless of whether your plans are to gift it to a fellow Thrones loving fan (or perhaps a friend you hope to turn into a Thrones fanatic),  or whether you simply plan to indulge in a little back-stabbing and good old fashioned medieval depravity (and dragons…there are dragons too!) along-side your figgy-pudding. The increasingly wintry setting of Westeros is certainly appropriate for this time of year!

Pre-Order the GoT Collection

Altogether, the collection runs sixty-three hours long, and will no doubt also have some tantalizing bonus features, though there is currently not much information regarding that aspect of the collection. It comes with Ultraviolet so you can enjoy it on other, compatible devices.  The cover of the collection is very aesthetically pleasing with a dramatic portrayal of a Targaryen dragon sigil facing off against a Lannister lion sigil, whilst in the background we see Dragonstone’s painted table’s war map– reminiscent of the show’s memorable opening credits. The choice to focus on Daenerys’ presence in Westeros and her conflict with Cersei truly reminds us how far the show has come from the days when Daenerys was Khal Drogo’s bride and Cersei’s children were still alive. So much has changed, and as the show winds down to an end, and we prepare for its final season, it’s a good time to look back on earlier seasons, and revisit old friends and foes. The collection’s sleek, high quality format will no doubt only help to make the experience more enjoyable.

Just looking for season seven? You can pre-order that on Amazon too!