We left off the last episode with a distraught Rue getting stiffed by her dealer, kissing Jules (Hunter Schafer), and calling her new pal Ali (Colman Domingo) for some advice. Everyone is gearing up for the carnival and ready to have some fun. But you never know who you’ll run into… 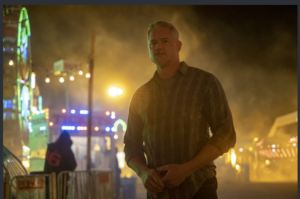 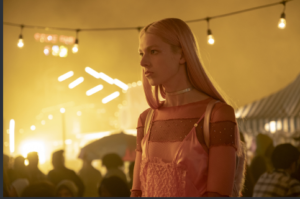 Maddy (Alexa Demie) shows up wearing a tight, revealing outfit which irritates Nate (Jacob Elordi) since his parents can’t stand her. Fine your parents are conservative, but you know what your dad does so maybe stand up to them for not liking your girlfriend, Nate. She blows him off and goes solo, to later meet up with Cassie (Sydney Sweeney) who gets the shaft from McKay (Algee Smith) in front of Nate and his family even though he just told her he loved her. Guys not standing up for their girls, mayhaps both women could do better…hmmm, yes I think so. In their dejection, Maddy and Cassie opt to visit with their friend “Molly.” Cassie enjoys the carousel quite a bit and Maddy eventually confronts Nate about the dick pics in his phone to which he chokes her. You can clearly see Cal’s (Eric Dane) influence and hypermasculine bullshit at work. Lovely.

Rue and Jules deal with the kiss fallout and go back to being fine. Rue’s sister Gia (Storm Reid) is right though. Rue is in love with Jules. Cue the shock when Jules points out Cal and Rue clarifies that he’s Nate’s dad and owns like half the town. Jules proves the moment and Nate sees. Then Rue sees. Then Cal sees that Rue sees. Awkward. When Rue and Jules split up to search for missing in action Gia, Cal gets a moment to talk to Jules, begging her not to say anything. But Jules has no intention of hurting him. Rue finds Gia smoking pot with some older boys. Frankly, I was waiting for her to just take a swing. Running their mouth like that…I would have grabbed my baby sister and shut him in the trunk. Steer clear, Gia. You’re better than that nonsense. Speaking of nonsense…