HBO has just lost that ENLIGHTENED feeling. I could also argue that America itself never felt so inclined because the show, sadly for me, has been dropped due to low ratings.

Let me give you some numbers: Season One had a total of 0.17 million viewers and Season Two premiered on 01.13.23 with 300,000 viewers and concluded on 03.03.13 with 220,000. The viewing audience just dwindled to a number that caused HBO to take longer than usual to determine the fate of Mike White’s series resulting in the cancellation. The site TVLine had a Q & A with creator/writer White before the ruling. Here is an excerpt:

[box]So I saved the toughest question till the end: Will we get a Season 3 of Enlightened? Do you have a sense of which way the network is leaning?

Mike White’s answer was To be totally honest, I usually have a gut about these things, but this time around I really feel like it could go either way. I felt like we had little chance of coming back as of just a few weeks ago. But it seems like in the last couple of weeks, we’ve had more people voicing their affection for the show. And internally at HBO, the executives themselves are big fans. I’ve met with them, and I know the pros and cons. I just hope that they’ll decide soon. All day long I’m being asked this question by journalists, by actors who are on the show, by people in my life. Psychologically, I’m either free as a bird or I have eight or 10 episodes of television to write as quickly as possible. It’s a lot to deal with. We’ve kind of been on the precipice for a while.[/box] 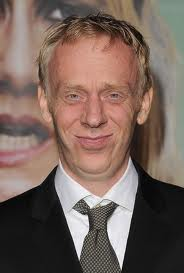 White, Laura Dern and company didn’t fall off the precipice in the end but just merely climbed back down from the edge to live another day and, hopefully, return to HBO in some other way. Accompanying HBO’s decision was a simple statement that reaffirms that hope.  HBO says – “It was a very difficult decision. We’re proud of the show and we look forward to working with Mike White and Laura Dern in the future.”

Surprisingly, to me, there is not much fanfare to this ruling. Every source I checked on this news offered a simple little post listing the creative and artistic teams involved and the simple statement from HBO. Maybe, that just proves that not many watched or cared about Amy Jellicoe and her fight which is contradictory to the fact that Laura Dern did win a Golden Globe for her role. Honestly, because of that sparse detail it was difficult to flesh out a meaty post. Here is my effort and maybe HBOWatch can follow up with a closer look at ENLIGHTENED at some point.

You know, I can see where HBO is not in great distress over its decision as it has comedies in the pipeline including the upcoming FAMILY TREE and SILICON VALLEY plus others in various stages of development. I will look forward to getting attached to another comedy instead. As for ENLIGHTENED you can always relive it on HBOGo or DVD.

Lastly, I leave you with a quote I remember from the final show of this season and this show. I’m not the first to quote it, Hollywood.com  did that, but I love what 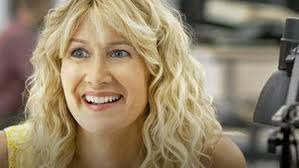 Amy Jellicoe says. That is why I leave you an image of Dern’s character smiling as opposed to that smudged mascara look we remember.

“There is only one life. There is so much I don’t understand, but this I know, you can wake up to your higher self, you can be patient, and you can be kind. You can be wise and almost whole. You can walk out of hell and into the light. You don’t have to run away from life your whole life, you can really live. And you can change. And you can be an agent of change.”

So, fans come here to HBOWatch to mourn or maybe to state that you liked GIRLS or VEEP better anyway. We wait for your comments.