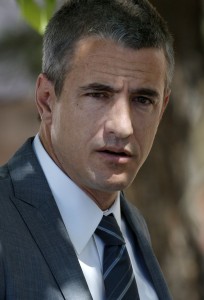 Dermoy Mulroney, who can most recently be seen in across from Zooey Deschanel on NBC’s New Girl  has just been cast for HBO’s second season of Enlightened.  The last news coming out of the Enlightened camp was the Molly Shannon would be playing a recurring role on the series.

Mulroney will play Jeff Flender, an investigative reporter and  probable love interest for Laura Dern. Amy hires Flender to help her bring down her former employers at Abbadon, but of course they end up in sleeping together instead. We’re not sure how long Dermot will be on the show but if Amy’s history is any indication we doubt he’ll be a permanent fixture.  Sorry if that spoiled anything for you Enlightened fans out there!

Enlightened Season 2 has been confirmed but no premiere date has been set.  Expect the new season to take place this Fall alongside Boardwalk Empire but keep an eye on our HBO Schedule for all of the latest.