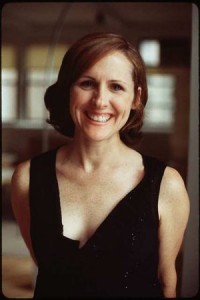 Fans rejoiced last year when HBO announced a second season of the comedy series, Enlightened starring Laura Dern.  They celebrated more when Mrs. Dern took home the Golden Globe for best actress in a comedy series!  Today we’ve learned that Molly Shannon of SNL and comedy film fame has been tapped to join the cast of Enlightened Season 2.

Molly will take on a recurring role as Eileen, executive assistant to Abaddon’s CEO.  She’ll get caught up without knowing it in Amy’s machinations designed to uncover malfeasance at the corporation.

Ratings last year were a bit tepid for Enlightened but on the heels of a Golden Globe win even though critics had mostly praise for the new series.  Now Molly Shannon joining the cast let’s hope season 2 catches a few more viewers this year!

Enlightened Season 2 is set to air this fall on HBO.  We’ll update our HBO Series Premiere Schedule page when we have an exact date.