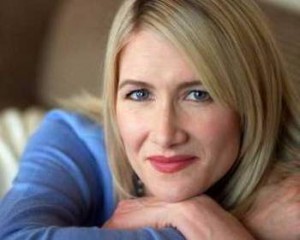 HBO’s newest ‘dramedy’ has just closed it’s first season and critics all over the internet are already demanding a second season.  As yet the network hasn’t confirmed that Enlightened season 2 is even in the works yet but lead actress/producer Laura Dern already has a few ideas.  In a recent interview the actress responded to questions about the second season of Enlightened:

TVLINE – So if there is a Season 2, are were going to see Amy in this Norma Rae-Erin Brockovich kind of role? I know we didn’t see exactly what she did with that access to the corporate email accounts, but can she continue to work at Abaddon after metaphorically burning it to the ground? Do you and Mike [White] have a sophomore season mapped out in your brains?

LAURA DERN  – We have it a bit mapped out, but we’re still exploring too. The exciting part of our work together is in how we imagine what Amy would do with these opportunities. I can say [whatever happens] will never be anything but the most unlikely version of events. Just when she’ll think she’s being a whistleblower, just when Amy thinks she’s saved the world, somebody will be like, “Boy did she screw thatup.” [Laughs] What’s great about Amy is she’s the kind of person that is trying to open a can of worms, and when she does, nobody sees it, but they’ll see all these other cans that nobody even knew were there. It’s like with Levi or with her mother: “Well, he’s never going to not be an addict.” “She’s never going to not be a shut-down mother.” And yet she’ll try to open them up in her way, and she won’t succeed, but the flowering will occur in a whole other area. And that’s what is beautiful about complicated people, people who are willing to tell the truth and force us to our own truths, even if we don’t do it the way they wanted us to.

TVLINE – Getting back to the hope for a second season. The show hasn’t been huge from a ratings standpoint, and I wonder when you and Mike conceived this show — which isn’t a comedy per se, but is more quiet and meditative, and not really like anything on TV right now — did you worry about finding an audience for it?

LAURA DERN – You know, we didn’t think too much about it, really. We just hoped to make something that people would connect to. In terms of ratings, all of that is so elusive. For us, cumulatively, we’re seeing that a lot of people are supporting the show, whether they’re finding it on HBO Go or On Demand or in their TiVo box. But Mike and I and everyone involved have made the story we wanted to tell. And we hoped that there would be a lot of people who not only connect to it, but who would be willing and patient enough to give Amy her due. I mean that in the same way as I would about the people who are in the Occupy [Wall Street] Movement right now. There is a lot of judgment we can put directly toward our ideas of what a person who does this kind of thing is. Or we can surrender all judgment and [appreciate] that people who are willing — at all costs — to speak up may also be complicated people.

TVLINE – So last question for you. I wrote a column recently urging HBO to give Enlightened a second season, and there was some feedback from folks in our comments section saying things like, “Oh, I watched the first two episodes and I just couldn’t deal.” Or, “It’s too upsetting or too depressing.” So let’s say you had to try and change those people’s minds. What would be your pitch to them?

LAURA DERN – It’s your moral duty, as an American, to stand with Amy. To me, it’s the exact same things that I would say when someone says, “My God, you know, all these hippies are like down there with tents [at Occupy Wall Street]. And they don’t even know what they’re fighting for.” I’d urge them to just go down there — I know this sounds exhausting — but go down there and start asking people why they’re there. Even if there’s someone who’s clueless and doesn’t really know why he or she is there, the mere fact that they’re there — just like the mere fact that Enlightened exists — shows that there is unrest. We all want to have a voice again, which is why I’m so excited in my own little way to get to play a character that points a finger and recognizes the same story that’s being told in a million different ways right now. We’re all considering how to use our voice and if it means something, and what it is to be a whole person so that we can do it successfully, and that is super exciting to me. So I would beg people, if they are annoyed, they are a perfect audience! We’ve been waiting for them our whole lives. The very people who are saying, “I cannot handle this,” they’re the perfect people to watch [Enlightened].

We’ll have more on the next season of Enlightened as soon as we hear that it’s been officially renewed for a second season.  Enlightened Season 2 will most likely premiere in Fall of 2012.  Did you get a chance to watch season 1?  Are you excited for a season 2?  Leave a comment below and let HBO know you want an Enlightened season 2!