We’ve come to the end of the saga following Sarah Jessica Parker’s Frances and Thomas Haden Church’s Robert on their post-marriage adventures. It was a whirlwind from start to finish, but I’m glad I got the chance to be along for the ride. Watching these characters change and evolve has been so much fun these past couple years. While other HBO shows may have found the wrath from viewers over the finale, I think this is one bow we can neatly tie-up and walk away. Which is what we’ve been trying to watch Frances and Robert do for the last three years anyway.

Frances decides that now that the renters are out, she’s thought about it and is ready to sell their old house. Robert is gung-ho but also has some reservations. This the house where their kids grew up, where Frances nursed them, where their family thrived. Any house like that is going to be hard to let go of after spending so much quality time and love there. Jackie (Becki Newton) is however not feeling the love and she wants out. She feels like Robert will always choose Frances first, back her first. And Jackie wants out. TBH, Jackie, I think you’ve never had a long term relationship of any kind and aren’t even giving it a shot. Robert was married to Frances for 20 years. You’re a blip on that radar. Get over it.

Frances is working really hard to be happy. At work, she’s challenging them to grow and stop being such sticks in the mud. With her friends, she’s trying to get them out of their own heads for a minute. Dallas (Talia Balsam) has had an ethics complaint from one of her patients, so she’s now worried she’ll lose the career that literally defines her. Though she bravely defends herself in the meeting, she finds herself at a foster care center asking for a teen kid. And even though Dallas had troubles with her son, he’s a good kid. She could be the love these troubled kids need. And Diane? Well, Diane (Molly Shannon) is over the damn bunches and gaps on her clothing racks. She quits and decides to be Gordon’s kept lady. But she denies the knock? Diane, you literally know he could just call the cops and have you removed for trespassing, right? I’m sad not to see some better character development. That was a disappointment to see Diane end her story that way. I was hoping she would have grown a little bit more. 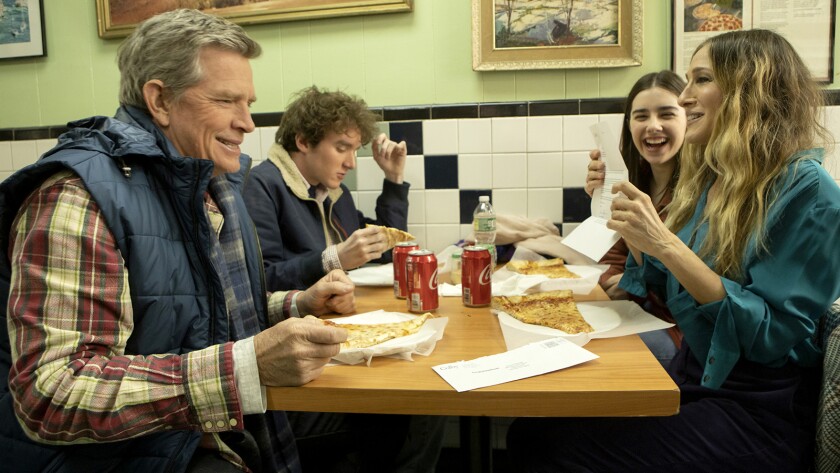 In the end, Robert is back in their old house and Frances is still on to bigger and better things. They are happy and the kids are happy. In the end, that’s all you can ask for really. It’s been such a journey and Sarah Jessica Parker and Thomas Haden Church had amazing chemistry together on the show. I’ll miss their bicker bantering. I’m glad even with Jackie’s exit that there wasn’t a last-ditch attempt to have Frances and Robert end up back together. It would have felt so forced. They have grown beyond each other and even though the love won’t ever go away, that doesn’t mean they are in love with each other. They’ll go on to live their lives and do their things, but always know that they can manage with each other. As a child of split parents, that’s all any kid can ask for. Just be civil. It makes a world of difference.

You can now find Divorce, the complete three seasons, parked on HBONow/Go.