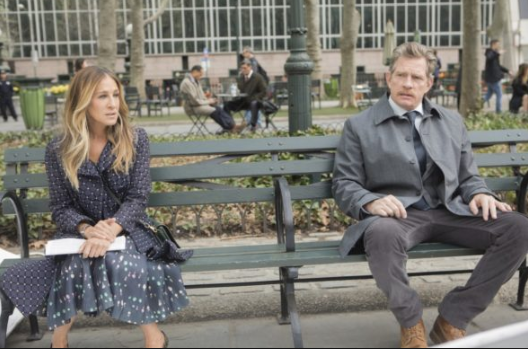 A couple of HBOWatch writers have been assigned their episodes for review of Season Three of DIVORCE with Sarah Jessica Parker and Thomas Haden Church and it will be their last look at the series as DIVORCE comes to a close very shortly. And, it makes sense, I think, that it would conclude now.

It makes logical sense for two reasons. First, it is just the business habit of big-name actors that they keep their stints on a short leash. They are too busy or too private to have a work linger on for a lengthy number of seasons. They want to keep their options open and not be tied down to a long series. They also are conscious of wearing out their stay. They don’t want to drag out something past its freshness date. And that leads right into the second reason, and probably the biggest reason in respects to DIVORCE, that this show ends now.

The show is an examination of one couple’s dissolution of their marriage. They can only argue so many times; they can only hash it out with the lawyers & talk to the kids about it so many times before it gets stale. Viewers can only witness so many awkward moments with the new partners and the whisperings of neighbors. The characters of Frances and Robert have played out those scenarios now. In this third season, they struggle to keep quality time with the children and cope with each other’s new lives. What more needs to be said? 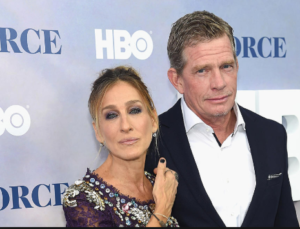 I just hope what comes out of this is that Molly Shannon works out her own series for HBO. That’s what I am holding out for! But even though DIVORCE comes to a close on Monday, August 5th we understand HBO still has an interest on what Sarah Jessica Parker will come up with next. SJP still has a development deal with HBO via her Pretty Matches Prods. To put it in their words, Amy Gravitt, EVP, HBO Programming stated – “Sarah Jessica Parker has a unique ability to showcase the complexities of personal relationships with such empathy and humor. With Divorce, she took our audiences through the keyhole and into the lives of a modern-day couple dealing with the fallout of splitting up. As we end with the 3rd and final season of the show, we look forward to our next endeavor with Sarah Jessica and Pretty Matches.”

Just what may be in the offing? SJP says -” Typically we don’t develop for me; what’s most interesting to me is all the stories other people can tell and then all the stories that can be told beautifully by other actors. So, I don’t have anything specific, but I love working in television. I just love it. I love the pace. I love the urgency. I love the opportunity for a life to continue to be told and unfold in front of me. I would be very happy to come back and do something in a smaller way, something with 4 or 6 or 8 episodes.”

HBO is looking for content so we might just see Parker back for another series or at least something from her company. Enjoy the last episodes of DIVORCE and come back to HBOWatch to read our take on the third and final season. New episodes debut Monday nights at 10:00pm ET.