This week, Robert (Thomas Haden Church) and Frances (Sarah Jessica Parker) have to deal with a popular parental nightmare when their son Tom (Charlie Kilgore) declares he doesn’t want to go to college after he graduates. Both parents are adamant that he go to school, while Jackie (Becki Newton) voices otherwise. Prompting an abrupt visit from Frances when she finds out Jackie’s voiced these opinions to Tom. There’s a big conversation at this junction on the idea of knowing what you believe is best for yourself versus your parents’ perspective. I get both sides. Not everyone is good at school. For some, like myself now about to study for my third degree at 30, education is a passion or at least bearable enough to get the degrees for what they want to do. But quite a vast number of jobs out there can be done without a college education. I know people who have taken time off and then completed degrees later. There is a litany of options when it comes to the future and while continuing education is easier immediately after high school, it is not impossible to take time off.

When Frances comes to crash a party, Robert’s sister Cathy (Amy Sedaris) drops by to swindle more money out of Robert for their father’s care. A thoroughly unlikeable character, a nod to the brilliance of Sedaris’s acting, she immediately takes to Jackie. Cathy takes her sweet time getting around to demanding more money. And wanting to eat outside in winter? No. I don’t care what relation you are to me, I’m not eating outside in winter. I live in Michigan. It literally could be lethal. 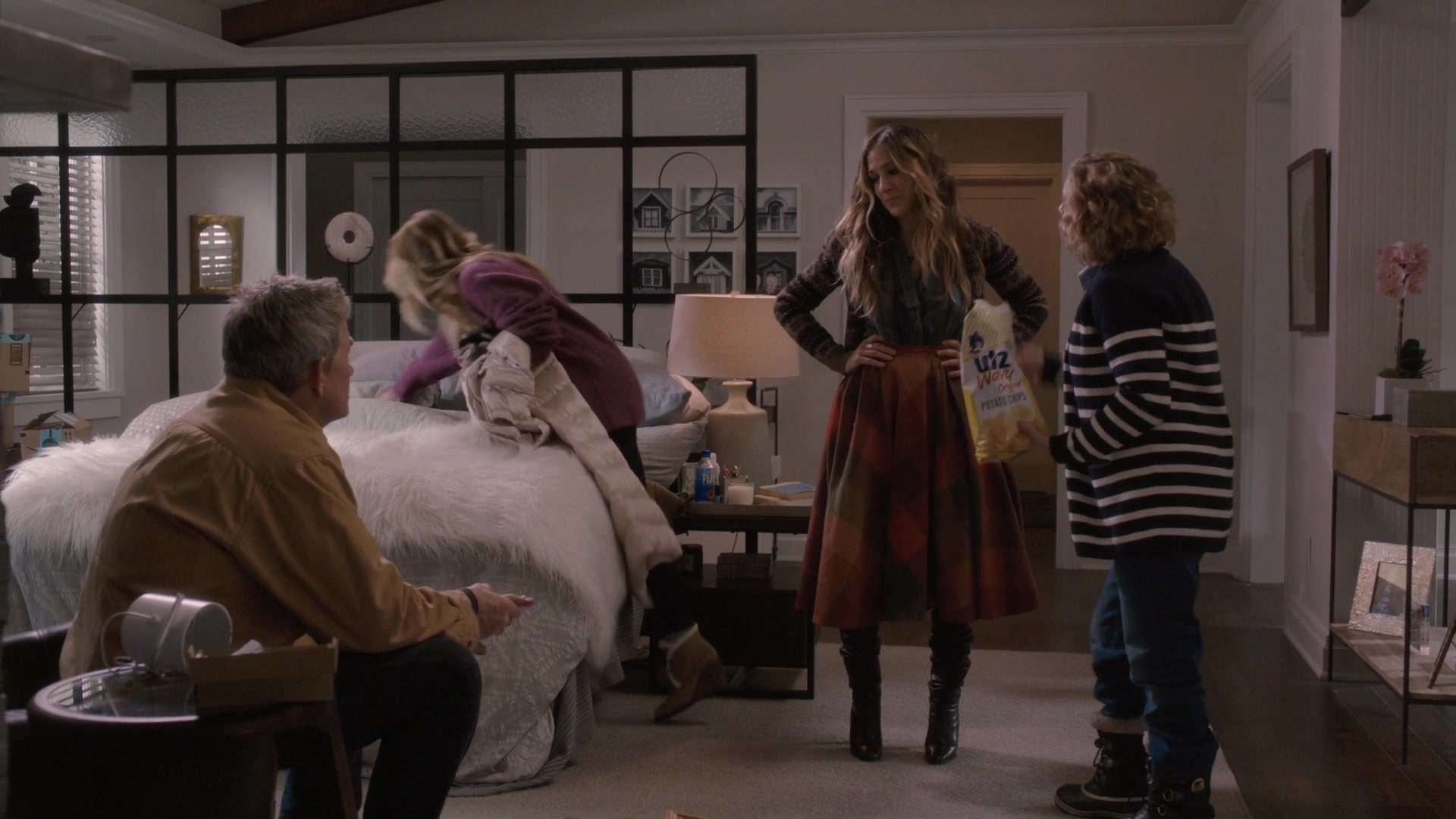 Well, Frances tells off Cathy, and then Jackie. It’s quite a wife versus wife showdown. Robert tells Jackie that he agrees with Frances and wants Tom to go to school and do not encourage him otherwise. Of course, she feels that he’s taken sides against her and is pissed. Robert asks how Cathy’s husband deals with her and I loved his response: “So much is said in silence.” The more I think about it, the more I like it.

Dallas (Talia Balsam) is still struggling with her feelings towards her son, towards her practice, towards life. Meanwhile, Diane (Molly Shannon) catches a thief at work but turns out to take a liking towards the girl. She sees that she’s a good kid who just wants some attention. The girl is living with her grandparents and probably getting bored at home. I think Diane is probably seeing a bit of herself in that situation. Based on the scenes for next week, I have a feeling it is going to be absolutely hilarious! A dinner party with Frances and Robert and both their significant others? Yes, please!