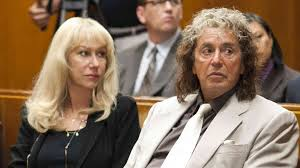 On 03.24 HBO premieres HBO Films: PHIL SPECTOR starring Al Pacino and Helen Mirren. This telepic, under the guidance of David Mamet, brings to light not the whole story of the music mogul but the intense and odd murder trial that he found himself at the heart of in 2007.  The film is Mamet’s exploration of the client-attorney relationship between legendary Phil Spector (Pacino) and defense attorney Linda Kenney Baden (Mirren), who represented Spector during his first trial for the murder of Lana Clarkson.

Though HBO as yet to air this movie at the time of this posting it has had a premiere showing and a number of people have weighed in on the work. The family of actress Lana Clarkson, along with legal representatives for the victim, has not been pleased with the final product. Also Phil Spector’s wife has given her vocal dissent of the HBO production as well. But, that shouldn’t be anything unexpected.

A small picket line actually appeared at the premiere at the Los Angeles County Museum of Art; it consisted of Friends Of Lana Clarkson including the victim’s former publicist Edward Lozzi. M 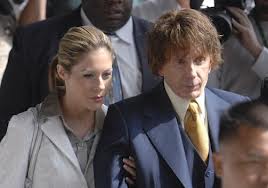 r. Lozzi stated that the film created a great disservice to the memory of Ms. Clarkson by not being an even-handed look at both sides of the case and only focused on the defense’s side of the trial. He said that the fact that the film was being made at all “was a slap in the face.” Also present were signs stating that HBO’s PHIL SPECTOR murders the truth.”

Rachelle Spector, Phil’s wife, had more to say about the film and Pacino’s portrayal to Rolling Stone . She stated –

[box]”Al Pacino does not depict my husband accurately. If they had wanted to do that, they would have actually met the man himself. They would have wanted to know his voice inflections, his mannerisms, even his thought process when he was working in the studio when he was working with those musicians, or what he was going through mentally or emotionally when the trials were happening. They had the opportunity to make an amazing film, what with the actors and the money involved.”[/box] She also used the word “cheesy” in describing the film. 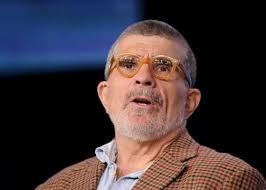 Again, it is not surprising to have these people show negativity towards the HBO Film. They simply did not like the way the film portrayed their loved ones. But, the interesting part of this story is that David Mamet, the writer and director of the film, stressed at length that PHIL SPECTOR was not meant to be an accurate biopic of the music producer or of the crime he was charged with.  We have evidence of this, at length, from the press release about the film. It points out that –

[box]PHIL SPECTOR is a mythological story, and he {Mamet} approaches it as such, rather than as a news story. Mamet begins his film with the card, “This is a work of fiction. It’s not ‘based on a true story.’ It is a drama inspired by actual persons in a trial, but it is neither an attempt to depict the actual persons, nor to comment upon the trial or its outcome.” Mamet chose to frame the story through the perspective of the Linda Kenney Baden character, beginning and ending the film with her involvement in the case. Her character’s journey is summarized by the question “How do I defend a guy the public does not approve of?” As Mamet explains, “The story is her coming to grips with the notion of what is reasonable doubt and what is prejudice.”[/box] 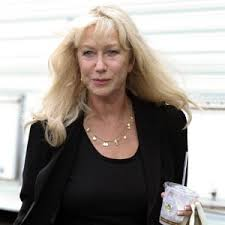 Executive producer Barry Levinson adds, –  “Here is what the Phil Spector story is not about. It is not an investigation into whether he did or didn’t commit the murder. It is not about a trial and how it proceeded and what went on. It’s not that type of a film. In a sense, it’s really like a two-character piece: Helen Mirren is the defense attorney, and Al Pacino plays Spector. It’s the dynamic of those two people. And this woman, who is trying to put the information together, trying to proceed to trial with a guy who at times is half bouncing off walls. That’s really where the dynamic of the piece lives.”

Mamet and his cast and crew were setting up a courtroom story about the issue of “reasonable doubt.” He makes it sound like he wanted to explore that issue and just found a good case in the law books to illustrate that point an 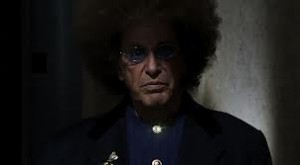 d came across the Spector case. I’m not buying that though. In any case, it is no wonder some have been vocal about the film if it just loosely creates its main characters and they think they can cover that fault with a simple title card. It makes it all that more interesting to watch.

We will have to wait for the movie’s premiere to see what the critics say. HBOWatch will weigh in on that as well. Are you interested in HBO Film: PHIL SPECTOR? Let us know.