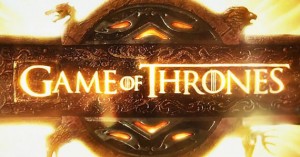 Finally! After what seemed like a decade of waiting, HBO has issued a list of confirmed casting choices (along with a video!) for 14 new roles in the upcoming season of Game of Thrones. The announcements came just as the Thrones panel was taking stage at Comic-Con in San Diego, however, the news started last night when we reported on a rumor that Diana Rigg was cast as Olenna Redwyne. Well, it turns out that it wasn’t a rumor because Rigg is now confirmed to play The Queen of Thorns.

Update: I know that a lot of fans (myself included) aren’t very familiar with many of the new cast members. That being the case, I decided to post a picture of each actor so we have some faces to go with the names. I’ve also expanded on the short character descriptions from HBO’s press release by adding a little background information on each actor. Enjoy the list!

Here is the full casting announcement from HBO’s press release:

Along with the list, HBO released a short video featuring a few of the new cast members:

Author’s Note: There it is guys! We finally get a look at 14 of the new cast members for Season Three. One disappointment I have is that there is still no Mance Rayder or Ramsay Snow. The scenes in Iceland won’t be filmed until Fall, so the announcement for Mance may not come until then. Vargo Hoat and Daario Naharis weren’t mentioned either, even though HBO confirmed that those two characters will be cast for Season Three. There was a rumor that Mackenzie Crook was cast as Vargo, but turns out he will be playing the wildling skinchanger Orell instead. Casting is still on-going and more announcements WILL be made over the course of the summer, so don’t worry if a character isn’t listed. Overall, the new cast looks excellent and i’m really looking forward to watching them on screen next year.

Leave us a comment with your thoughts guys! This is exciting news!