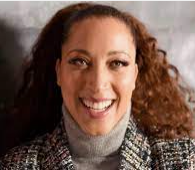 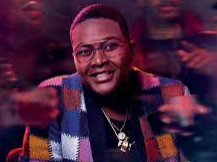 Two shows that have offered us thought & laughter as of late are getting renewed for new seasons. It so happens that both of these shows have black women at the forefront. Look out for more from Robin Thede and Sam Jay.

We just enjoyed a second season of Robin Thede and company in A BLACK LADY SKETCH SHOW. Thede is the creator/showrunner/executive producer/writer/star of the whole gig; Issa Rae of INSECURE serves as an executive producer as well and appears in a few sketches a season.

Well, the Emmy nominated series (for both seasons) has been renewed for a third season. Thede has offered this quote – “Making A BLACK LADY SKETCH SHOW is a dream come true and I’m honored to continue our incredible series and wonderful partnership with HBO, Issa Rae, JAX Media and our entire producing team. I can’t wait to push the show even further in Season 3 and to keep delivering the laugh out loud content our audience loves to see! I see this show as a budding comedy institution, where Black women can play fully realized, non-stereotypical characters and I am so grateful for the opportunity to continue to create that space for today’s premiere comedians.”

The sketch show has featured a troupe of black female comedians and guests offering a good laugh and good commentary about today’s society. The members of the troupe have varied slightly between the two seasons but whoever is a part of the 2022 troupe will surely be alright.

PAUSE WITH SAM JAY has just put out its first season but has gotten the green light for a second run.  The show features a tweak on the late-night talk show format and uses a fresh lens to plunge into the cultural issues that divide us. The show not only offers a sketch piece but also deep discussion held right in Jay’s NYC apartment and interviews regarding the challenges her culture faces. In an era of discord, she sets out to listen, learn, and ask questions to those with different perspectives. She will now get further opportunities to carry out that dialogue.

The series was created by Jay, a former writer for SNL and INSECURE Executive Producer Prentice Penny. Sam Jay says – “I can’t express how excited I am to bring you all a second season of Pause. We learned so much during the first season and hope to take those lessons into this new chapter and deliver something even better. There are so many topics to explore and so much growth to be had. I can’t wait to dig in with the team and get to work! See y’all mofos soon!”

Both of these shows, from strong voices in the Black Woman community, are a great addition to what HBO offers and we look forward to what they offer next. As a side note, Issa Rae and her production company HOORAE are very much included in that company. We await the final season of her HBO comedy. You can find, of course, both A BLACK LADY SKETCH SHOW and PAUSE WITH SAM JAY alongside INSECURE on HBO and HBO MAX.