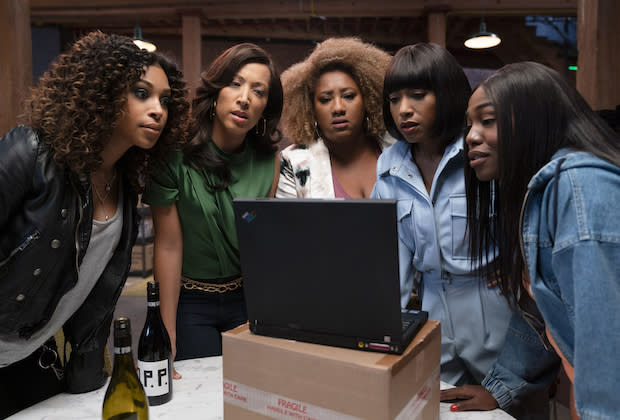 Alas, the finale of “A Black Lady Sketch Show,” has come upon us, and thankfully, they’ve already been renewed for a third season. As this season comes to an end, it’s worth mentioning that there’s a notable difference between seasons one and two… they’ve found their rhythm. Robin was really in her bag when she pitched this project to HBO. The first season, though there were funny moments, seemed to not pack punches as consistently as this season. Which is to be expected. Fortunately, HBO supported the vision, allowing it to really shine this season. I should also mention that the writing, acting, and extension of sketches from the first season have been SUPERIOR.

Let’s get into the top two sketches of the night.

There’s no better way to highlight the consistency and rhythm of writing this season than to start off with the sketch: “Rude Poisoning.” At the Brown family reunion, we follow a young couple who, at almost every turn, are challenged with dated generational beliefs and the brutal honesty that comes with being in a large gathering with kinfolk; Black families everywhere can identify with this. One generation, hopeful and ready to do something different, while facing another generation, committed to their beliefs, unwilling to change, face off in this sketch. As the stakes rise, the R&B classic, “Poison,” is cued up by Tyler James Williams’ character. Signaling that, despite shade, chaos, and some downright mess, the one thing we’re going to always do, is dance and have a good time.

“Post Date Presser” was a really enjoyable sketch, too. Olivia, played by Robin, takes a quick bathroom break from her date in a restaurant. What we’re getting here folks is an inside look into a woman’s mind, as she makes sense of her date. Oliva sits there, in a press conference with a variety of reporters (who can best be summed up as voices in her head, probably), played by the cast, paralleling Oliva’s moves to that of an actual basketball game. This is filled with double entredres, funny sports references, and more than enough moments to keep you fully invested in Olivia’s dating life. Eventually, her man Terrell, played by Algee Smith, appears, and while we think he’s there for a moment, he grabs a seat. And, in an interesting turn of events, the questions allow him a moment to all but redeem himself.  In the end, Olivia and Terrell definitely finish their night better than it sounds like it started.

Still to come: HBOWatch’s best sketches of the season!