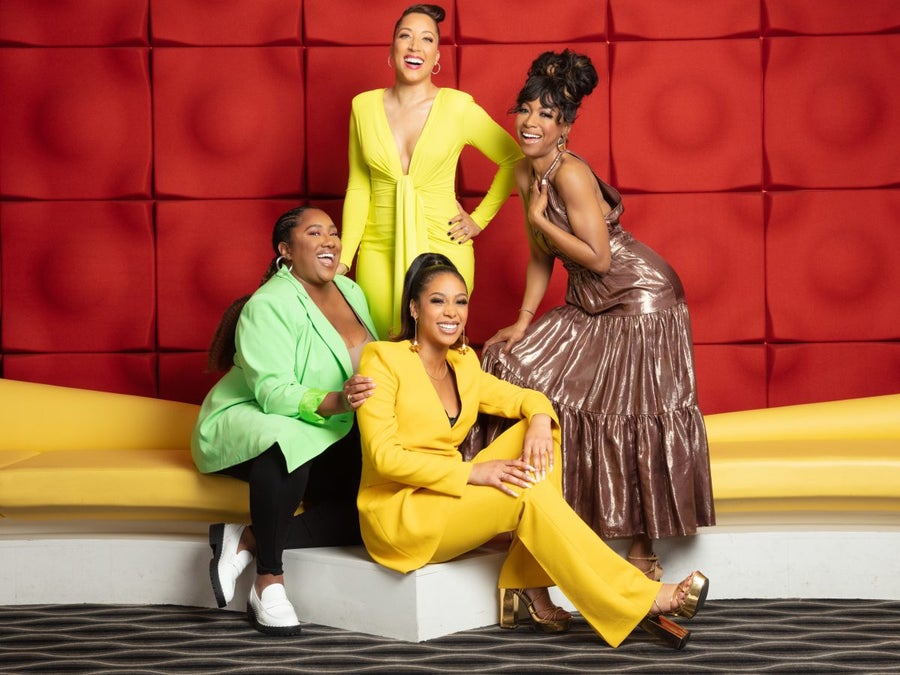 Season 3 of the Emmy award-winning “A Black Lady Sketch Show” debuted, and in case you were wondering if my girls were going to lose momentum, it’s safe to say, no time soon. With a trailer filled with all-star talent, the four ladies and their shenanigans are ready for whatever life throws their way.

Here are my favorite sketches from the debut.

As someone who decided to grow their hair out during the 2020 situation, I must say, the opening sketch was not only hilarious but triggering. I mean really, there are soooo many products you go through in order to maintain healthy hair, so the idea that once a year, a “Product Purge” can happen for 12 minutes is iconic. The ladies stretch, get hyped up, secure their lace fronts, and have their bags (no receipts or restrictions though, so you know it’s lit) ready. With Kyla Pratt and the multi-award-winning MJ Rodriguez making appearances in this sketch, it was easily my favorite sketch of the episode. And really, it’s the dialogue for me. Kyla, speaking to Caroline, who she says is Carol’s Daughter (the name of a Black haircare line), only to fall, like in the movies, where she’s left because her roll dog lets us know, “we was just work friends” on the ground, with Kyla yelling “save my edges, I’m a donor”  is EVERYTHING! With the bar set so high, I knew the rest of the episode could only maintain that energy. 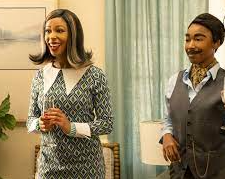 I also reallyyyy loved “Bad News or Whatever,” where we find Skye with Kel Mitchell (yes, the one from Nickelodeon, who is all grown up in a fine way), receiving news on her twin sister. And this is a sketch that, really needs no explanation. The natural fear and concern for your loved one in the hospital, paired with under zealous medical staff who not only fail to really answer your questions clearly but throw out the weirdest acronyms, leaving you more terrified than ever. There was everything from EKG’s to ASAP’s, DND’s to DNR’s. Oh, and right when the couple thought they were in the clear, the doctor definitely did her thing to honor their request of no acronyms. Instead, she threw out a slew of words that even Siri wouldn’t be able to piece together in the context in which she used them. In conclusion, just pray everything’s alright because the medical staff at this facility, ain’t it!

Rounding out my favorites for the week was the sketch, “Equally Joked”, where Keisha, played by Robin, decides to throw her hat into the comedy ring by doing a set in a comedy club. Even though Keisha is definitely trying to give your favorite homegirl’s favorite homegirl, her jokes are, at best, better suited for a random family cookout on a Sunday, not in summer, where everyone is either tipsy, high, or considering her level of comedic writing, both. Sure she could be funny under the right circumstances, but these weren’t it. And, for me, it was the random heckling and jokes from the random post-office woman in the audience, Wanda Sykes. Just because you throw “sis” behind something, or laugh after a joke, that doesn’t make it funny. Keisha definitely read the book or at least attended some random three-week stand-up comedian course, but Kesh definitely missed the basics. Thank God (literally) for Wanda Sykes.

And you know I can’t let a post go by without sharing my favorite ridiculous hoe-tip Dr. Haddessah and her “Career Day” sketch. See below and be sure to catch new episodes every Friday on HBO and HBO Max.