And we’re back. Season 2 of the Emmy Nominated HBO series, A Black Lady Sketch Show, greeted us this past weekend, and it was a solid debut for the hit series. With returning cast members Robin Thede (creator), Ashley Nicole Black, Gabrielle Dennis, falling in alongside two newcomers Skye Townsend and Laci Mosley, these ladies (and their all-woman writer’s room) hit the ground running. In addition to two new ladies, we also earned ourselves a special treat with A Different World-inspired opening. The visuals against a bomb-ass theme song let me know, they aren’t letting up up this season.

Here are my favorite sketches from this week’s episode. 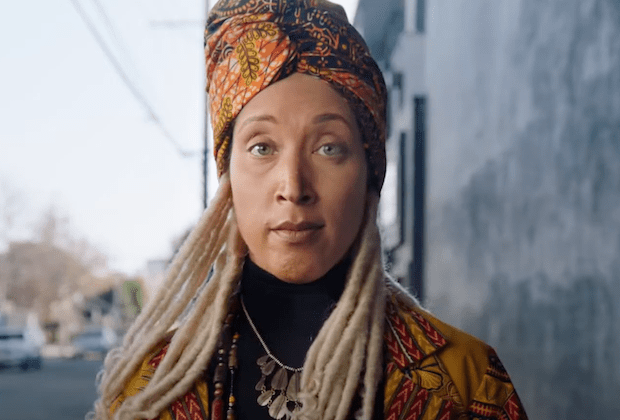 We hit the ground running with everyone’s favorite “hertip” Dr. Haddassah Olayinka Ali-Youngman. And honestly, this was the welcome we needed for this new season. After the year we had, no one could better highlight the conspiracy theories and ridiculousness of 2020 like her. And nothing was off-limits. TikTok, 5G, Versuz, ‘Coronovarius’, even the journey (or lack thereof) of having Harriet Tubman on a piece of currency; what a mess! I’m glad that we will see some of the best characters from the first season return in this second one.

Next up was a throwback to a classic time in many of our adolescents in the sketch titled, “Get Your Life”. Salina, played by Thede, finds herself in front of a psychic where we learn that almost everyone’s favorite childhood favorite game MASH, has come to fruition. Cursed with a horrible life, the psychic lets her know that it’s because of the game she played with her friend. And wow, remember how seriously we took that game? Well, no one ever thought it would come true, and yet it did, for poor Salina. So, on a mission to redo the game, she goes to see her childhood friend La’Donna, who sets her up and made her have a horrible life. Plot twist, La’Donna has the life Salina wanted and it’s quite pleasant to watch as it unfolds. Funny callbacks, bad wigs, and pop-star Omarion make this scene memorable and laugh out loud funny.

And perhaps the funniest, at least for me, was Tarren and her husband Todd, played by comedian Tone Bell, on an unsuspecting date night called “Prime Cuts”. This had all the makings of a great sketch for me. The date was at a “steakhouse” because that’s where Tarren goes every Friday night to decompress and let her hair down. Todd does a great job of playing his part as the supportive husband. So much so, that we’re all but convinced that he doesn’t really understand where he is. Despite the number of double entendres, stripper poles, a waiter with pants that were cut out from behind, and a lap dance promo, we’re all but glued to this sketch to see how it turns out. As the husband called these things out in an oblivious way, all this did was elevate the comedy in the scene for me. In the end, we learn that the husband was onto her strip club addiction and was able to turn her off from ever going back to the club. What a treat!

I’m ready to see what these ladies have in store from us. They brought back “Courtroom Kiki”, and seem to be riding the wave of the “end of the world” scene. Though it looks like Quinta Brunson won’t be joining us this season, I’m open to seeing what our two newcomers have in store for us. Shine Black Queens, shine!!

Check out the Black lady courtroom below. Also check A Black Lady Sketch Show Friday nights at 11:00pm on HBO or at your leisure on the sites.