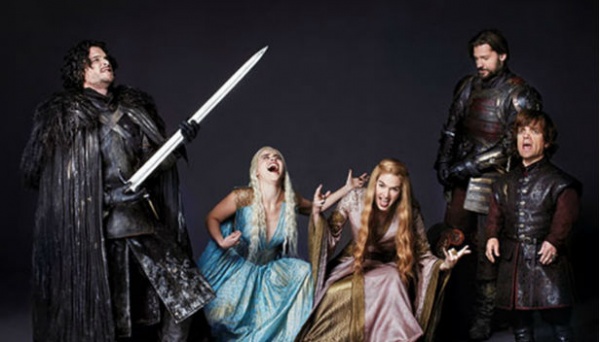 Get ready, Game of Thrones fans because you’re going to need to act swiftly!  HBO has announced a premiere event in Brooklyn New York to take place before the premiere in which lucky fans will be able to view the first episode of season 4!  We’ve been to three of these in the past and they’re always a blast.  Here are the details:

To celebrate the April 6 return of the global phenomenon Game of Thrones, HBO will host “The Epic Fan Experience” on March 20 at the Cushman & Wakefield Theater at Barclays Center in Brooklyn. This spectacular, one-night only event will treat fans to a first-of-its-kind advanced fan screening of the fourth season’s debut episode. The experience will also include show costumes and props displays from the acclaimed traveling exhibition, photo ops on the Iron Throne and other special surprises.

The centerpiece of the night will be the blockbuster screening of the hotly anticipated new episode on a stadium sized screen for 7,000 of the show’s biggest fans.

Tickets for the event go on sale to the public at Ticketmaster on Thursday, March 6 for $15 (includes applicable taxes and service charges) with all net proceeds donated to charities: Nothing But Nets and Books for Africa.

“Game of Thrones has become a truly global sensation thanks to the show’s incredibly dedicated and loyal fans,” said Zach Enterlin, SVP of Advertising and Promotion at HBO. “To create an event that matches the excitement of the viewers and the epic scale of this series, we knew we had to do something really special. A fan screening of this size, at a venue like Barclays Center, feels like the perfect way to celebrate the new season of Game of Thrones.”

NOTE:  Guests arriving with an electronic device are required to check their device prior to entering the arena. Please note that there will be NO electronic devices (including but not limited to, cellular phones, audio/video recorders, tape recorders, tablets, and laptops) permitted inside of Barclays Center. No mobile tickets will be honored and tickets must be printed prior to arrival.  All electronic devices will be returned to the guest upon exiting the arena.  Only guests 18 years old or older will be permitted to enter.  Valid photo identification will be required for entry. For acceptable forms of ID, please visit barclayscenter.com.