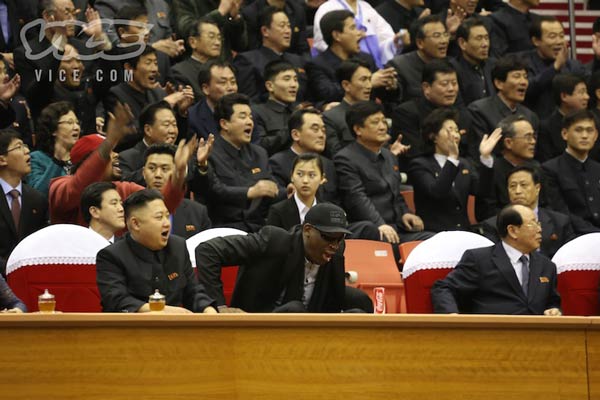 Overview: THE HERMIT KINGDOM/BASKETBALL DIPLOMACY – U.S. relations with North Korea have been strained to the breaking point by the country’s disturbing nuclear-weapons threats, backed by “supreme leader” Kim Jong-un’s anti-American rhetoric. Fortunately, Kim shares one of his late father’s passions: American basketball. With that in mind, and through official and backdoor channels, VICE organized an unlikely, highly
publicized trip to North Korea, hoping to thaw out relations through some hoops diplomacy. With NBA great Dennis Rodman and a trio of exuberant Harlem Globetrotters in tow, VICE traveled to the capital of Pyongyang for a surreal tour of the city, a basketball clinic with under-18 players, an exhibition game witnessed by Kim and 10,000 adoring fans, and – most surprising – a first-ever meeting between the baby-faced leader and an American delegation.

Expectations: We heard the news when it was announced as precursor publicity for the then upcoming premiere of VICE on HBO. The Basketball Diplomacy visit made the headlines. We reported it back on 03.04.13 and learned the report would not be the show’s premiere episode. It ended up not being the first, but now the season finale and has the title of THE HERMIT KINGDOM. As the season went on I kind of forgot the incident as I was plenty engrossed with what VICE was showing us weekly. It all came back to me as I saw the preview for the finale at the end of Episode #09 – the Morning After. Now, I am intrigued all over again.

My mind mostly settles on a series of questions that has more to do with the behind-the scenes stuff, you could say, as opposed to the filmed event. How did they even make the arrangements for the U.S., let alone a basketball squad, to gain entry into North Korea? What did they hope to get out of the visit? Do they have an open invitation to return? Was it all basketball and little or no diplomacy? Were there interpreters about? Were they sincerely welcomed or did it seem faked or forced? Dennis Rodman was whose choice to come along? Also, if I remember the once or twice I saw them as a kid, don’t the Harlem Globetrotters sort of poke fun and embarrass their hosts on the court? Is that a wise strategy in the land of Kim Jong’un? I, of course, had to wait a whole week to get those questions answered. This should be a good way to end the season. 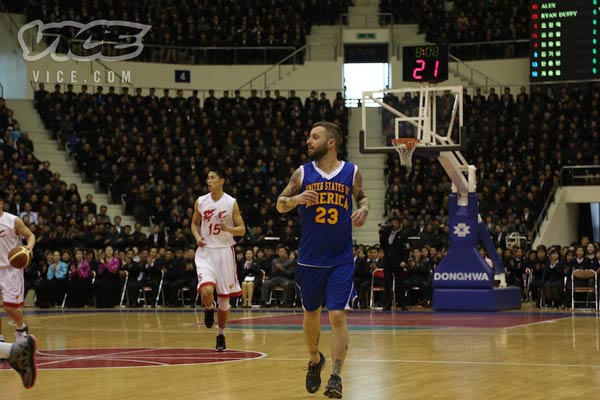 Gut Reaction: THE HERMIT KINGDOM/BASKETBALL DIPLOMACY reported by correspondent Ryan Duffy. Okay, I can see clearly why this episode has ended up being called THE HERMIT KINGDOM because of the country’s odd isolationism from the rest of the world. It proves quite evident here. It also proves a better title than BASKETBALL DIPLOMACY, though the on-screen title still labels it as such. After all, we all know that this trip had really nothing to do with basketball, right? The best way for strangers or adversaries to ease into a shaky relationship is to find a commonality between both parties. That commonality then opens up communication and relieves stress. Basketball serves as that common ground here for the U. S. and North Korea to meet. Now, how about a bit of diplomacy while we are at it?

If you are easing tensions is it safe to broach topics of contention? By definition ‘diplomacy” means “the act of two or more parties talking and/or negotiating through disputes with peaceful intent or to use measures to ensure such peaceful encounters.” So, was that taking place during VICE’S visit? Was Dennis Rodman serving as a U. S. diplomat? We know he wasn’t whispering in the Korean leader’s ear to disband nuclear research or anything though he was there to act out the second part of the above definition. So, what was the real purpose of this whole exercise? It was simply to get inside the country and get a good look at what makes it tick. Why? Because it is a truly a closed off society that has been left to its own devices. Also it is because what makes modern-day North Korea tick is a mystery. Who better to get an audience than VICE, who know how to utilize a commonality to get in the door?

Many of my initial questions were answered by Shane Smith, personally banned from North Korea, in the intro to this episode. It was Ryan Duffy who took the assignment. He observed, once again, some of the absurdities of this world; we learn that the whole visit may have been staged! It certainly felt like it, especially at the computer terminals. What an odd and unsettling experience. The whole half-hour can be described that way making it a great way to end Season One. That imagery and that concept stuck with me though the rest of the show. 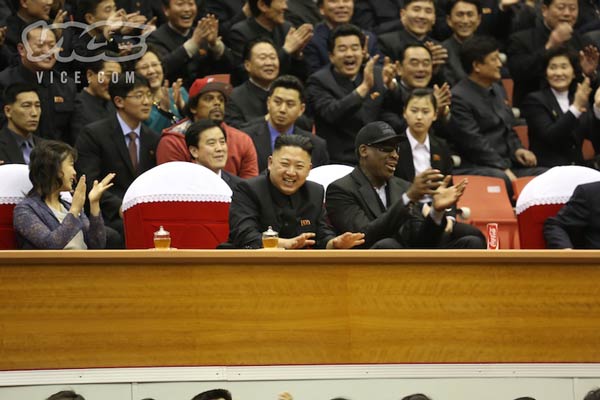 In Conclusion: Truly, I could talk about every frame of this episode. It offers basketball, mild diplomatic actions and a big dose of ‘What the Fuck.” Whether VICE”s and the player’s presence there makes a difference is doubtful, but it was an exciting journey just the same. I can only hope people are eager to watch it for themselves. I hope you do; I hope you comment. I hope if you do watch you linger over the final scenes. They are of the Harlem Globetrotters out on the streets playing with the children of the city. In them lies the hope that the country can integrate better into the global community.

Thank you VICE for taking us into the Hermit Kingdom by whatever means necessary and for revealing to us the surprising political and cultural scene there. I could pick nobody better than you to take us there. Oh, and thank you for a great first season!

Now, here is the Morning After segment with host Eddie Moretti sitting with VICE co-founder Shane Smith and correspondent Ryan Duffy. This piece really answered all my questions except when to expect Season 2. Peace.