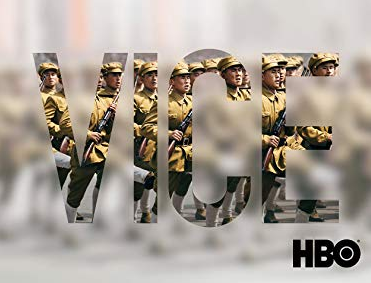 We know not everyone stays close to the reporting that VICEMedia offers to air on HBO but for six seasons now the new-age news outlet has been churning out reports from all over the world. This post gives you a look at what you’ve missed in the sixth season of the show which concluded in December ’18 and the special report that was presented as well.

VICE filed thirty (30) reports during 2018 that covered various regions, cultures and events in addition to airing its news format VICE NEWS TONIGHT weeknights. Here is a brief rundown of each episode:

“#5 – “Massacre in Myanmar” & “The Blue Helmets” – Gianna Toboni  & Aris Roussinos report on the world’s most persecuted minority – the Rohingya & the famed peacekeepers of Africa, respectively. In the latter segment, VICE co-founder Suroosh Alvi speaks with U.N. Secretary-General António Guterres about the future of peace in today’s world.

“#7 – “Russian Democracy” & “Global Gag Rule” – Ben Ferguson & Gianna Toboni report on the state of democracy in Russia upon Putin’s fixed reelection & how the U.S. halt of funds for any abortion-related services effects women’s health around the world, respectively.

“#8 – “Printing Tomorrow” & “Are We Alone?” – Krishna Andavolu & Taylor Wilson report on the advanced application of 3-D printing & and how close we are to answering the question regarding alien sentient life, respectively. 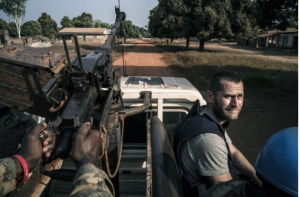 “#9 – “No Choice But to Choose” & “Rebel Republic” – Gianna Toboni & Ben Anderson (pictured)report on the future of public education with new Secretary of education Betsy DeVos & the country of Central African Republic which is run by armed militants, respectively.

“#11 – “Separated By Birth”- Krishna Andavolu embeds with Immigration and Customs Enforcement (ICE) and reports what it’s like to be an American kid growing up in the shadow of deportation.

“#12 – “The Big Fix” & “Silicon Valley of India” – Thomas Morton & Krishna Andavolu report on our crumbling infrastructure and the vow to fix it & a Silicon Valley building in India, respectively.

“# 13 – “A Kurdish State” & “Out of Space” – Ben Anderson & Taylor Wilson report on the largest ethnic group in the world without a state of their own and its strive for independence & the volume and danger of space junk, respectively.

“#14 – “Opioid Generation” & “Hindustan” – Isobel Yeung & Krishna Andavolu report on the opioid epidemic from its epicenter in West Virginia & the complexities of the religious nationalism of India.

Episode #15 – “After the Fall” – Isobel Yeung reports from the shattered city of Raqqa, Syria, once ISIS’ capital city.

” # 16 – “Waiting To Die” & “Women In War” – Gianna Toboni  & Isobel Yeung report on the state of Death Row inmates in America and the resilient female fighters of Yemen, respectively.

” # 17 (the 100th installment) – “Trump’s Trade War” – Michael Moynihan reports on the ups and downs of Trump’s Trade War, and what it could mean for the future of the American economy. 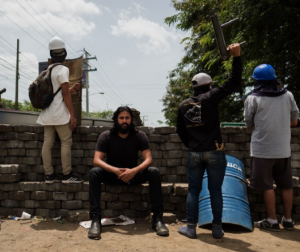 ” # 19 – “Trans in Texas” & Nicaragua Déjà Vu” – Gianna Toboni & Vikram Gandhi  (pictured) report on the continued struggles for the transgender populace and what the future might hold for what was once one of the safest nations in Central America, respectively.

” # 23 – “Consent” – Isobel Yeung takes a searing, personal look at how we define consent, hold assailants accountable and start to move forward in the age of #MeToo.

” # 24 – “Voodoo Wrestling” & “Big Placebo” – Dexter Thomas & Charlet Duboc report on the surge of women in the male wrestling league of the violent Congo and the devotees and skeptics of alternative medicines in America, respectively. 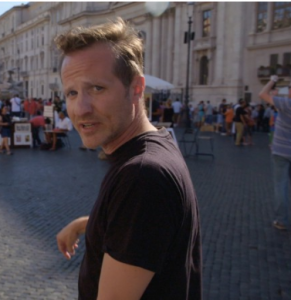 ” #26 – “The Road to Asylum” & “Lab Rat Nation” – Krishna Andavolu & Vikram Gandhi report on asylum seekers & what the new U. S. policy means for them and the human guinea pigs of pharmaceutical testing, respectively.

” # 27 – “A Living Hell” & “MDMA for PTSD” – Ben Anderson in two separate segments reports on the world’s worst humanitarian disaster state – Yemen in a follow-up report and on a new therapy for PTSD sufferers like Anderson.

” # 28 – “The War at Home” & “Putin’s Crimea” – Gianna Toboni & Isobel Yeung report on the women working to fix the shortcomings of a legal system that often fails to protect them and how Crimeans are faring under Russian control, respectively.

” # 29 – “Doom Boom” & “Unfair” – Thomas Morton & Gianna Toboni report on how people across the country are planning to weather the coming storm still being proclaimed by doomsayers and how cultural bias is fueling the booming business of skin lightening in India, respectively.

It was at this point, Monday, December 10 to be precise, that VICE offered up VICE Special Report: “PANIC: THE UNTOLD STORY OF THE 2008 FINANCIAL CRISIS.” It offered the factors that led to the 2008 financial crisis and the efforts made by then-Treasury Secretary Henry Paulson, Federal Reserve Bank of New York President Timothy Geithner, and Federal Reserve Chair Ben Bernanke to save the United States from an economic collapse. The feature-length documentary explores the challenges these men faced, as well as the consequences of their decisions. 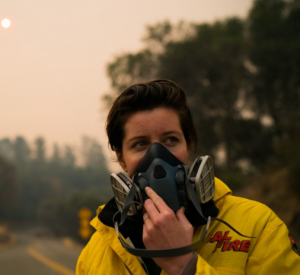 Episode # 30 (season finale) – “Back in the DPRK” & “California Burning” – Shane Smith and Gianna Toboni report on how Seoul and Pyongyang are reacting to the new dialogs on the Korean peninsula and ground zero of scorched California – Paradise in the heat of the wildfires, respectively.

It was a long and interesting season and this writer truly has no standout favorites though it was insightful that some correspondents added their personal stories to certain pieces. Two good examples were Ben Anderson talking about his PTDS and Isobel Yeung’s #MeToo moment. Though there has been no official announcement as of late from either HBO or VICEMedia a contractual agreement states the show is a go through a Season 7 and the VICE title card did flash on the screen in the “Coming in 2019” video clip. This writer, at least, waits for its return. 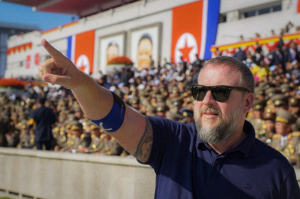