A press release gives us the details of the season premiere of VICE that kicked off on Friday, April 06.

From Brooklyn and Toledo to Richmond and Baltimore, Williams Explores The Country’s Mass Incarceration Crisis And Its Impact On His Family, Communities And The Next Generation Of Young America 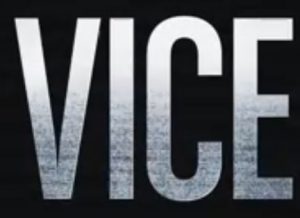 premiere featuring Emmy-nominated actor Michael Kenneth Williams as he embarks on a personal journey to expose the root of the American mass incarceration crisis: the juvenile justice system.

“Raised in the System” offers a frank and unflinching look at people caught up in the system, exploring why the country’s mass incarceration problem cannot be fixed without first addressing the juvenile justice problem, and investigates solutions communities are employing that are resulting in drastic drops in crime and incarceration.

From Brooklyn and Toledo to Richmond and Baltimore, Williams meets young offenders stuck in the system, as well as the judges and community members trying to keep them out, while also listening to the heartbreaking accounts of young children in Newark striving to stay out of prison, despite living against a backdrop of family incarceration.

And the latest season is off and running and we find the premiere different from season’s past. This time out the show gives us a longer report, though it stops short of calling it a Special Report, with a different host than the norm. VICE Media co-founder Shane Smith always led the opener each season. His presence is not present here at all. 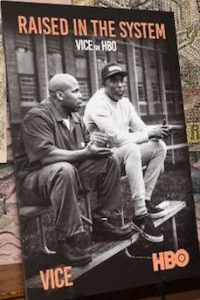 His absence could be because Smith is distancing himself a bit from the series due to the sexual harassment charges against him. He is, as we stated, hosting Season Six, however. Just how he does so remains to be seen as this opener is hosted by Michael Kenneth Williams instead. He does a great job at it as he is truly invested in the topic.

I liked Williams (of HBO’s THE WIRE and THE NIGHT OF) and his report. It touched close to home for him as relatives of his have been incarcerated at an early age. Talking to inmates is no big surprise but the time spent with younger children whose lives have been affected by locked up parents was touching. He could be a regular correspondent and such topics as far as I’m concerned. It was a different approach to see an emotional reporter affected by what he witnessed. The usual VICE correspondents stay pretty neutral and unmoved from their journalist stance.

As for the topic itself, the premiere gave us a solid understanding of the societal ills and the juvenile system in place. To me though, if you do the crime you need to serve the time. The place to try to crack the problem is when they are younger. I don’t know if there is much hope for that but Williams sure seems hopeful. That sentiment is reflected in his Debrief.

You can find this premiere episode on the streaming sites and for a limited time on HBO.com and YouTube.

We will keep you informed all season of the topics broached. Peace.