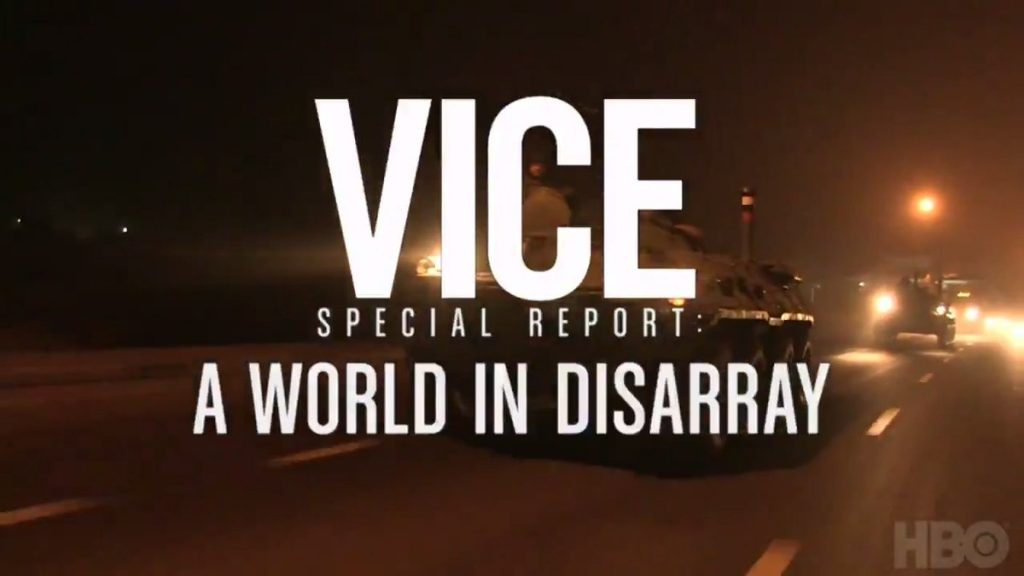 Overview: In the decades following World War II, the United States led the way in shaping the world order. But with the end of the Cold War, old alliances have fractured and new rivalries have arisen, resulting in a world increasingly in disarray, where weak states threaten global stability just as much as strong ones do. VICE founder Suroosh Alvi and other VICE correspondents examine the foreign policies that have shaped the modern world and meet people living through today’s major conflicts.

“In this increasingly confusing modern political landscape, we thought it would be interesting to canvas the best minds in foreign policy in an attempt to make sense of what is actually happening and weigh in on the greatest dangers that are facing us today,” says VICE founder Shane Smith. “Marrying signature VICE on-the-ground reporting with unique insights and explanations of how we got here, from the people who were actually there at the table, makes for a foreign policy wonk’s dream. Enjoy!”

Expectations: Holy shit, is VICE trying to scare us into hiding with impending Armageddon? It certainly appears that way. But the HBO press material I pulled for the Overview above seems to hint at going a bit deeper into the matter than just the volatile behavior about. It seems like it wants to expose the hows and whys behind the aggressions and hostilities. Now, I am not a “foreign policy wonk”, but a VICE one. I am intrigued about what they have assessed and have passed on to us. I don’t give a rat’s ass about political opinion here on whether this is just propaganda I just want to understand our world. Here is a taste of the message via the preview clip:

Gut Reaction: Ah, typical VICE; it is just slapping us (as is its style) with the facts of the matter. At first glance at the title & the trailer for this special report, I thought we were going to just focus on the insurgency of excessive violence around the globe that seems to have spun out of control. Once I settled down watched the hour & a half piece I learned that the focus of the piece was really on the various ideologies of foreign policy out there and how they conflict and how it has turned into a threatening mess for all. I suppose the piece would have come across as dry and boring if it didn’t apply the more sensationalistic approach of the whole “brink of destruction” motif or to use VICE’s words a “world in disarray.”

It is foolish to think that the world would remain as it was in decades past. It is an ever changig globe  and if you don’t pay attention it will change catching you unaware.   And you know what they say about hindsight; it becomes clear too late that scenarios should have played a bit differently in the heat of the moment. These two statements are the crux of this report and if you missed them then you were just listening to the doom & gloom. These points become clear by examining the four flashpoints that VICE has done here. The report focuses on Syria, Ukraine, China and North Korea.

First to Syria which is a hot topic right now. It is a perfect example of not taking the right steps in the heat of the moment. That is what happened in that country and across the region. Every country involved, including the U. S., is at fault for the actions they took there; it allowed factions like ISIS to take hold. Couple that with not paying close enough attention to that country’s leader (Assad) and a flashpoint as erupted that all have failed to squelch. In the Ukraine, and elsewhere, we have the sly manipulations of Russia under Putin to contend with. He is out to show Russia’s dominance after his countryman crippled his beloved land after the Cold War, or so it seems. China and North Korea also prove that if you ignore long enough it will still grow and prosper. We have watched China do so economically for 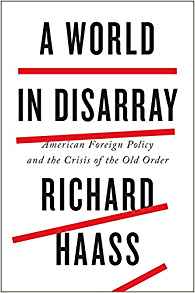 quite a while then all of a sudden they show the world they are militarily just as strong. And though we have been getting the best glimpses of late of mysterious North Korea they also surge ahead as a threat to world peace.

It all proves that we can’t be isolationists. We can still have a global presence and treat America First. Every country has its unique ideologies its own foreign policy. This special report has easily shown via the four examples how those countries operate, what they think of us and what they hope to accomplish. If you can handle the topic you’ll get a lot out of it.

In Conclusion: Considering most of you are only focused on what is happening in Westeros right now I went on a little too long on the matter or you haven’t been reading this anyway. Thus, I glossed over it a bit. There is no denying that the world is in disarray. One of the key speakers here wrote a book about it. It is going to quite interesting how it will all play out. VICE, HBO, HBOWatch and I will be there to watch it unfold. Peace!