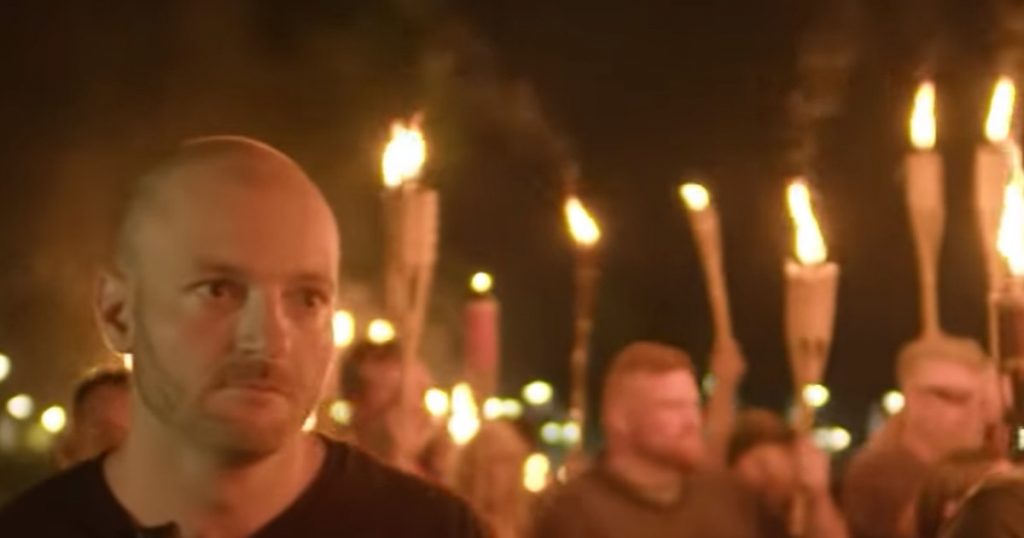 HBO’s news report VICE NEWS TONIGHT has been airing Monday through Thursday at 7:30pm ET since October 10, 2016. But it wasn’t until last Monday, 08.14.17, that mainstream America caught on. It was on that date that the 22-minute VICE segment Charlottesville: Race and Terror aired.  Since then the report has gone viral.

Hosted by journalist Elle Reeve for VICE the news segment take the camera to the heart of the protesting and proves, without directly saying so, that the white supremacists that were there all suited up in protective gear and numerous concealed weapons were not there for a non-violent assemblage. The footage of the car rampage down the crowded street reinforced that intent. As disturbing as all that might have been Reeves’ interview, both in hotel rooms and out on the street, with Chris Cantwell was equally unsettling. If you want into the rough mindset of a hardcore racist there are plenty of moments to take in. How about the remark – [those] “stupid animals couldn’t just get out of the way of the car … some people got hurt.”

If you are one of the few who has not seen it seen it yet and provided this video won’t disappear from here, here is the entire segment from VICE NEWS TONIGHT.

Elle Reeve did an excellent job or reporting. When it came to talking to Cantwell she wasn’t afraid of asking questions and adding comments to drive him onto his next thought and impactful sound bite. As a bonus regarding her insights about the report, she shared some facts with CBS’ Face the Nation. Below a few quotes – 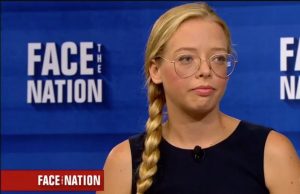 “This was an unannounced event, but a very well-organized one. When we arrived, there were vans dropping off-white nationalists at the field. On the field, there were organizers doing crowd control, security, handing out tiki torches. They picked tiki torches as to be menacing, sometimes they call it a torch-lit vigil, because it’s supposed to be an offensive spin on a candlelight vigil. Once they started marching, they didn’t talk about Robert E. Lee being a brilliant military tactician, they chanted about Jews. They wanted to be menacing, it’s not an accident.”

“I got stopped in the street by people in tears because they were happy that I showed what really happened. I think it’s important to let these white nationalists talk and explain their arguments, so that we know what they are, so that we can counter them. It’s just critical, I think, to expose what they believe, because they are drawing in very young adherents and we have to be able to fight that.”

Due to the exposure of the piece, millions get the true face of white supremacy. This post is not intended to support the stance or condemn it. It is solely to alert you that the report has added to the public dialogue; that VICE, as is their nature, was on the scene and that perhaps if you are searching for bold, of-the-moment news then maybe VICE NEWS TONIGHT will get you to HBO. Me, I never miss it because of reports like Charlottesville: Race and Terror. You?

If you want to discuss the issues raised let’s take it to the comments.