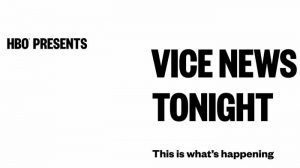 It happens all the time. A production sets a launch date goal and when they get close they suddenly have to readjust the date. Some worry perhaps that it is because of production troubles the program in question is facing that pushes the debut date. For example, that is what happened to HBO Miniseries: LEWIS AND CLARK and we still have not heard if and when it will be finished. Other times a change of schedule occurs because the production just wants to make sure everything is perfect. We learned that was the case with WESTWORLD. Evidently that is also the case with HBO’s nightly news venture VICE NEWS TONIGHT.

Smartly, to alleviate any concern the anticipated viewer might have, that production has made a statement to clarify the situation and not let negativity cloud the reason for a postponement. VICE NEWS TONIGHT has pushed the debut date of its unconventional newscast two weeks until Monday, October 10. VICE News chief Josh Tyrangiel very simply stated – “We want to test it on all its various platforms and make sure it’s perfect.”

And to VICE just what is the perfect contemporary newscast? At a press conference at VICE’s Brooklyn NYC offices they told those gathered that the newscast will be enha 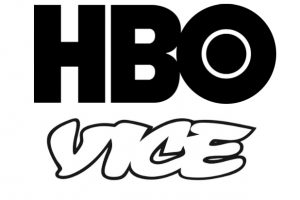 nced with graphics and animation to focus on the topics VICE does best: politics and policy, civil rights and civil liberties, national security and national defense, economics, world news, climate and the environment, advanced technology, the internet and cyber security and popular culture both domestically and abroad. It will do so without falling into the traditional style and structure of other newscasts. For example, there is no news anchor. “That’s a convention that’s a little bit old,” according to Tyrangiel.

The News Chief also said, “The VICE audience is very engaged with the headlines of the day,” [so we are not obligated to provide what viewers already know.] It’s going to take us a while to earn our stripes; [we’ll just] make it great and we’ll see what happens.” See for yourself when VICE NEWS TONIGHT debuts at 7:30pm weeknights beginning October 10.