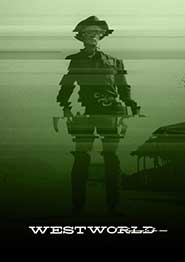 We don’t wish to hit the panic button but according to recent reports WESTWORLD is still not back before the cameras. As everyone has stated by now the show halted production to improve on the final scripts of the first season and that production would resume on the other side of the Holidays. Variety has just updated that line of thinking and has stated that filming would not resume until March!

We really are only following up on this report to ask some pertinent questions, though we don’t want to cast doubt onto the series. Though it has been reported that HBO claims the series will make its debut date of sometime in 2016 we have got to wonder just when that might be. Our speculation piece placed it as an ideal summer series after GAME OF THRONES’ season ends. With the final episodes of WESTWORLD not going before cameras for another month plus (as of this writing) we might not see the series until autumn instead? Keep in mind that after filming there is post-production editing, scoring, FX and such to do before it gets to our TVs. We guess that we can assume all will go well, but it just might air a bit later than hoped.

So is WESTWORLD having woes? Here at HBOWatch we really don’t think so. Often times when projects get retooled, as it were, that can spell doom for it. But, those types of changes are usually because of fundamental flaws in construct and perspectives that cause the show to go into hiatus and be reworked from the basics and that is NOT what appears to be happening with this HBO series. Apparently what is happening is that the series has gotten so far and then the back scripts or storyline was not as strong or as well defined as the earlier scripts, so much so that a rewrite was warranted so the season could end on a stronger note.

That type of work as happened before. It seems to me THE LEFTOVERS Season Two was cautious in that regard; and remember Aaron Sorkin’s breather before the final season of THE NEWSROOM? And it was clear that the whole Season Two of TRUE DETECTIVE should have been reworked. So the rewriting of a few

scripts is not a bad thing. At least they are not starting from scratch. Besides around here we always say you can’t rush good quality.

Do don’t be alarmed about the reports you have seen about a huge halt in production. It is a good thing because it ensures that good judgement & quality control is being put into those concluding scripts instead of a mad dash just to get the show in the can. Be patient and we will be rewarded.