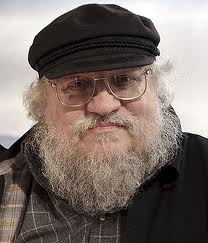 Yes, we know George R. R. Martin as the man who put pen to paper to fashion The Song of Fire and Ice series of novels. We also know that they are now being retold
on HBO as the acclaimed series GAME OF THRONES. We also know that Mr. Martin serves as a creative consultant, executive producer and even occasional screenwriter for the series. But, that is not enough.

The master storyteller has now signed a two-year contract deal with HBO. What does that mean? It means he can develop and produce new series for the premium network. That, of course means more dramatic entertainment from this newly appointed producer will hopefully be brought to life. I know, can you imagine? 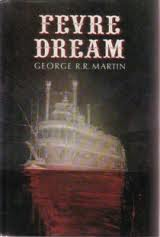 It is too early to say what projects may materialize out of this new agreement but, it will be fun to speculate a bit. Mr. Martin may come up with a fresh idea but that would take too long to flesh out. Better yet he can draw from the novels and story collections he has already written himself. For example, he could get behind a series of stories he created entitled The Tales of Dunk and Egg, which take place in Westeros before the story we know in GAME OF THRONES.

There are also novels like Fevre Dream (pictured at left) that tells of vampires on the Mississippi River during America’s antebellum period. It could be a companion to TRUE BLOOD or replace it when it concludes. Or there are other novels of his like Hunter’s Run and Dying of the Light, which takes place on the dying planet of Warlorn.

There have also been all but confirmed rumors of a screen adaptation of his [amazon_link id=”0765365073″ target=”_blank” container=”” container_class=”” ]Wild Cards[/amazon_link] series though that was supposed to be on a different network and/or a motion picture.

This new deal could offer endless possibilities. HBOWatch will keep a close watch on what develops with HBO and George R. R. Martin.