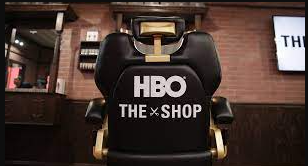 The HBO Sports series THE SHOP is no longer housed at HBO. The creative team behind the award-winning talk show, Lebron James & Maverick Carter, wanted to move the series to a more accessible platform than the subscription service so it now moving to its own YouTube channel instead. 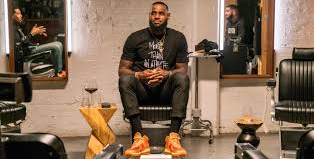 James is quoted as stating, “When I was growing up, the barbershop is the first place I ever heard real, open dialogue about things that were going on. It’s the place where my community could come together and be real. That’s why we created The Shop, where people from all walks of life can come together as a community to have honest discussions about important topics. Now we’re excited to keep that conversation going, making it more accessible for everyone without limitations or constraints. Through it all, we’re empowering our team, our audience, our community and everyone who watches or steps foot in The Shop. We can’t wait for people to continue this journey with us.”

HBO was home to four seasons of the talker which had a number of celebrity guests from entertainment, sports and politics sit down to heartfelt discussions in a barbershop setting. James was not always available to sit in due to his B-ball schedule and such but Carter was always present to lead each and every discussion with personalities like former President Barack Obama, Odell Beckham Jr., Snoop Dogg, Drake, Draymond Green, Candace Parker, Jon Stewart, Mary J. Blige, Ice Cube, Jimmy Kimmel, Nas, Lena Waithe, Will Smith, Gov. Gavin Newsom and many more.

HBOWatch covered most episodes of its run and they can be found under our HBO Sports category onsite. If you followed the show its latest installment can be found on YouTube as of March 04, 2022. We will offer the courtesy of presenting its Season 5 trailer of the show now on its new platform. as of March 04.