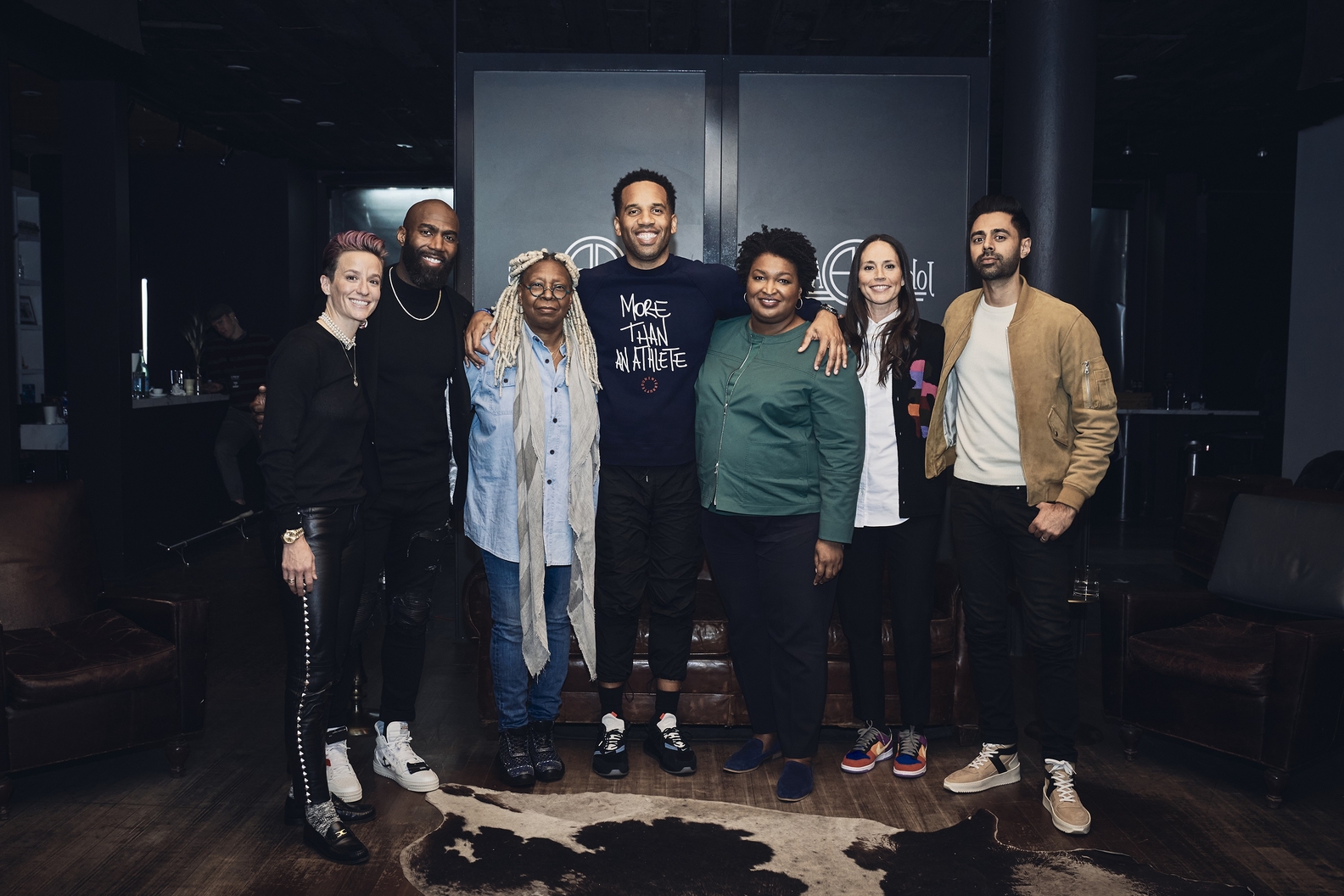 With the untimely passing of Kobe Bryant, his daughter, Gianna Bryant, and seven other passengers, I wasn’t sure, if, and how the LeBron James series would honor the Laker megastar. While we know that each of their episodes are pre-recorded, I can only imagine there will come a time, where LeBron and his shop goers will honor Kobe’s legacy, and celebrate his accomplishments on and off the court. For now, “The Shop” team paid tribute by listing the names of those impacted from the tragedy, and closing it with, “You will be greatly missed.”

First up, a conversation that’s been had before, but this time, a bit different. Sure athletes look to one another and ask the age old question: how do I stay great, for a long time? But, Hasan Minaj took this as a moment to ask the EGOT winning icon, Whoopi Goldberg, the secret to having long term success. And, in Whoopi fashion, the answer was clear and easy to digest: “give zero fucks and be yourself!” Her commentary on the urgency attached to social media and people’s desire to have access and input online speaks volumes to the generational divide between her and Hasan. Whoopi knows a world where social media and access didn’t weigh as heavy. And outside of that realm, she found success. Hasan, however, “18-months” into fame, his words, not mine, has to learn to navigate in a space that allows for fan interaction but still allows for room for his art as a comedian.

The next conversation was on brand and authenticity. I really enjoyed this section because each of these people recognized the importance in blending who they are with a brand that often times, doesn’t make space for “normalcy.” For instance, Stacey Abrams mentioned how people on her team asked if she would straighten her hair and lose weight for her run for governor. And while some people saw her decision to have natural hair as a political statement, it wasn’t. She said no because she chose to focus on her brand as a person who has a choice. She wanted to be healthier but on her terms. She wanted to wear her hair natural, but not as a dig to the system. And I love it. When people like Stacey sit such close proximity to their most authentic selves, it allows for their followers to really see who they are. In turn, people like Stacey feel personable and like the heroes, we need in a time of uncertainty.

One of the more loaded and heated conversations was on the responsibility to engage in politics and our ownership as people in the process. Everything from the Republican’s agenda long-term, to the responsibility of black women, to an infrastructure, that all but guaranteeing the failure of campaigns like Stacey Abrams was up on the table. Each person, albeit different in some views, had a passion in their views. Instead of getting into the one on one here, I’ll lean into the conversation around Megan Rapinoe and Sue Rice and their platform and how they became queer rights activists. Both of them agreed that there wasn’t much thought into the establishment and how people would respond to them coming out or becoming active voices. Instead, they chose to be themselves, speak on what they knew, and lead from that space. Sue also talked about how the women of the WNBA fought to gain more benefits for players. Both ladies celebrated their intention of advancing and choosing the right causes.

Although LeBron wasn’t present, this was one of the stronger episodes so far. I think this show shines best when there are women present, and each person gets to dive into the work they’re doing. Malcolm offering his insight on the NFL and their contribution to communities of color. Megan sharing her thoughts on how people compare women’s soccer to men’s soccer when they aren’t even receiving a fraction of the financial support or exposure, was a great moment. Each person, no matter what they spoke about, had a well-informed opinion and made me extra excited to hear what they had to say.

While we wait on the next installment, check out this clip below from the episode where Megan and Sue talking about playing for club versus country.