The Shop came back with another installment on June 25th  that had a roster that was filled with heavy hitters. And while LeBron wasn’t present, the momentum and great conversation remained. In the shop, we had Tom Brady (NFL), Chelsea Handler (Entertainer), Kid Cudi (Musician & Actor), Draymond Green (NBA), and series regulars and producers Paul Rivera and Maverick Carter.

We start with Tom Brady, who is entering season 22 of his career and the gems arrive very early on folks. In case you wanted to know Tom’s secret to maintaining his success: perspective. In a career like his, those downs matter just as much as those ups, and he’s very clear on the importance it’s been for him to maintain perspective and not take any of his success for granted. Which makes a lot of sense when you think about his legacy. The career span of most professional athletes is something like five years, so those who really make an impact, tend to have something special and a mindset out of this world. Tom is clearly no different.

Draymond stepped in to share that his last two championships weren’t as fun to win. It was more of a grind, and sure, you remember what it’s like to lose, but now the fun is gone. You’ve won, so now you continue to chase and fulfill that same feeling and experience. Chelsea shared that at the pinnacle, she too realized that, going nonstop really robs you of the genuine experience. You work hard to achieve major comedian status, then you’re doing it, and it’s suddenly not as fun. Her advice: sit still and live in the moment. It’s true, the present is really a present. 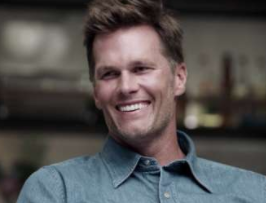 Paul transitioned us into giving each of the guests an opportunity to really dive in and share what it’s like to chart your own path and the source that allowed for that to happen. For Draymond, he says it started as a kid. The support and love he received from his mom were instrumental in his belief in himself. Tom said it was about him learning how to take care of his body and that he didn’t have to be in pain, but instead, investing in a routine that allows for consistent care that leads to a high functioning body that produces results. Chelsea shared that for her, it’s been the ability to recognize that true leadership isn’t about being a leader in name, but in practice. Sure, you can do it all. Sure, as your success and exposure grows, you think you can do it all. But should you, really? Probably not. Distribute, delegate, and assign and work your strengths, versus trying to do it all.

And perhaps my favorite part of the episode was Kid Cudi addressing his SNL performance where he wore a dress. What was most endearing was watching everyone listen, smiles bright, fully attentive as this Hip-Hop artist shared his intention to disrupt the images of Black men in Hip-Hop. Kid Cudi sharing his

internal thoughts as he browsed dresses and then the response after his performance was pure magic. His truly not caring that he became think pieces on masculinity was so refreshing. He’s embracing his choice and recognizing that in his decision, he allowed people who may not have ever felt brave enough to make such a choice, was a much-needed moment in this show. It’s really about visibility and any time creatives find the strength to really lean into something that may cause chaos but doesn’t lead to harm, I’m all for it. And for me, that’s where this series shines a lot of the time. These meaningful, multi-layered conversations with people from all walks of life, listening, sharing, and engaging, in a setting that is so symbolic in what it means to be a “man,” is epic.

The episode wraps up talking about the power of mental health. From Naomi to Simone, we can’t help but recognize that generations previously, had the weight of the world on their shoulders, but oftentimes felt committed to their organizations and not themselves. Hearing Tom exercise empathy as Chelsea passionately advocated and celebrated the importance of entertainer’s and athlete’s mental health shows that we are indeed entering a pivotal space right now. Sometimes, people can be so results and income-driven that they forget we are all people. Hearing each of these people say that, hey, you may know me by my persona, but ultimately, who you see in an arena is not the same person. So, allow room for me to exist in both spaces, and recognize, yes, they may intersect, but it all comes together for the bettering of themselves.

Find this installment across HBO’s platform and be on the lookout for more The Shop.