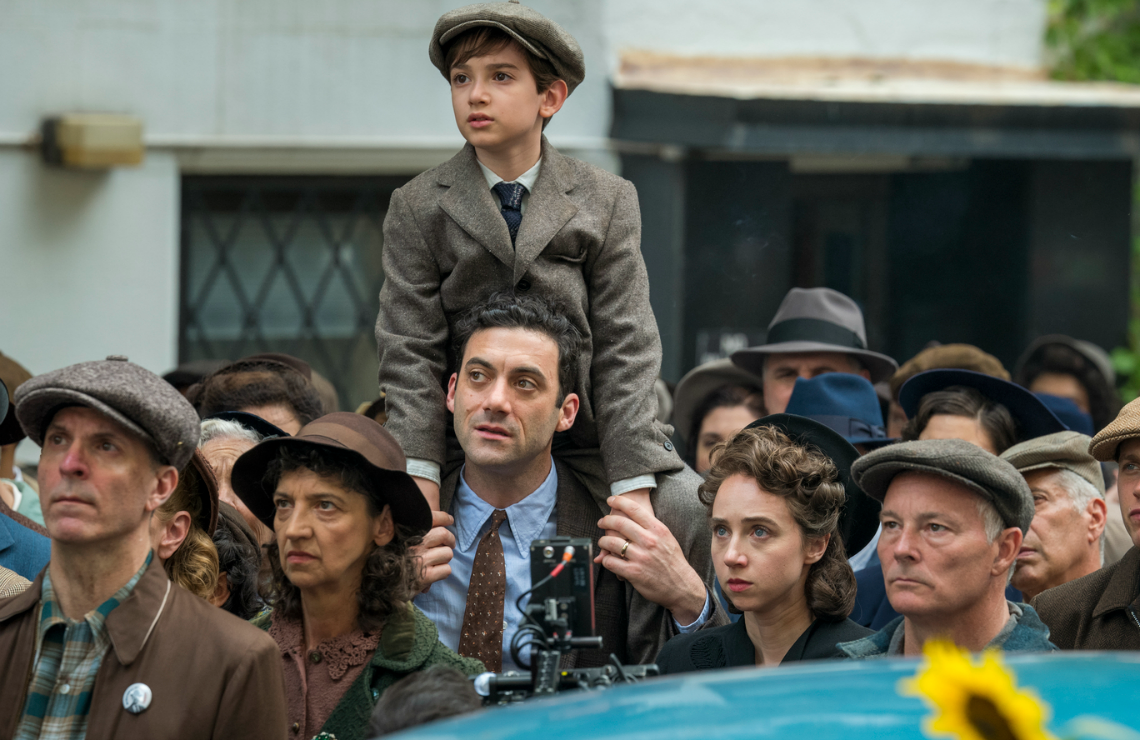 Do you remember those instances during your childhood, or possibly during adulthood, when you got to exclaim the words “I told you so”?   Although never said, this is the message that Sandy Levin, Evelyn Finkel, and Rabbi Bengelsdorf finally received from the Jewish community.  The antisemitic atmosphere of that the Lindbergh Presidency has created boiled over in Part 5 of The Plot Against America and the finale, although devoid of a definitive ending, provides a catharsis for its characters and audience. 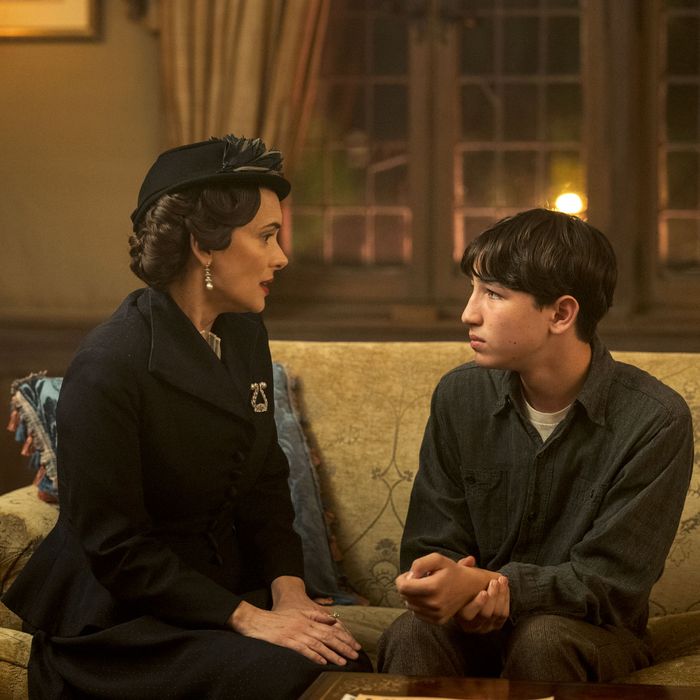 The once rebellious Sandy has fully mended his relationship with his father Herman.  Sandy was never gullible, but like many youths, he was blinded by grandeur rather than practicality. Seeing the true nature of Lindbergh’s idea of America, Sandy has disavowed Lindbergh-associated ideologies.  Sandy and Herman take a dangerous yet successful back road trip to rescue young Seldon from the KKK occupied Kentucky.  The presence of the KKK and National Guard under the orders of a bigoted administration is far more terrifying than the over-the-top scenarios of other alternate history series and movies.  This is due to the tangibility of The Plot Against America’s plot.  A scenario of all-out genocide in America is not conceivable, yet, institutionalization by force is all too familiar to Native Americans, African Americans, and Asian-Americans, the latter experiencing such atrocities during WWII in California and Oregon internment camps.  The Plot Against America is wholly believable.

A disillusioned Evelyn Finkel is now all alone.  Her husband, the now enemy of the state Rabbi Bengelsdorf is taken away by agents of Henry Ford, the current President of the United States.  What happened to President Charles Lindbergh you may ask?  This is where the HBO series is more ambiguous than the book.  Like the Roth novel, it is suggested that Lindbergh has been taken hostage by Nazi Germany, who also has been thought to have been murdered Lindbergh’s baby.  Unlike the novel, it is unknown if FDR wins the emergency election against Henry Ford.

The Plot Against America ends with the Levin family, now a bit larger with Seldon as a member, nervously listening to the tallying of votes in the election.   Such a dark yet satisfying ending.  I must admit, I feel a bit guilty taking pleasure in Evelyn Finkel being disowned by the entire Levin family.  She is all alone, and with America finally entering into World War II, she is forced to live with the fact that she was once on the side of the Axis Powers.

Before you go, check out the official podcast for “Part 6:”

The Plot Against America was another worthy entry into HBO’s legendary lineup of gold star shows.  What are your thoughts on this alternate history series?