Back in November 2018 we announced that HBO favorite David Simon was working towards another miniseries. Surely, by now, we don’t have to list his cinematic contributions to HBO, right? Well, to that roster, after THE DEUCE concludes, we can add THE PLOT AGAINST AMERICA.

The six-part miniseries has started casting. Going into the project here is who is onboard: Winona Ryder Stranger Things), Zoe Kazan (The Ballad of Buster Scruggs), Morgan Spector (Homeland), Anthony Boyle (Harry Potter and the Cursed Child), Azhy Robertson (Untitled Noah Baumbach Project), newcomer Caleb Malis and John Turturro (THE NIGHT OF). We are even privy to character descriptions to aid in shaping how the alternate reality before us will unfold. 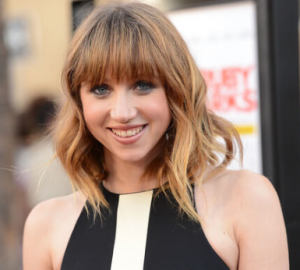 Remember we are in a time when America turns into a Fascist State and at the heart of it is Elizabeth “Bess” Levin, (played by Kazan, pictured) an insightful mother and homemaker, who fears for the future as she tries to protect her family from the escalating political climate and plans a possible escape for the forces that seem to be threatening her world. Ryder is there as Evelyn Finkel. The older sister to Bess, Evelyn is unmarried, her plans arrested by 10 years of caring for her infirm mother, and is now hungry to find her own place in life. The sudden attention of a key Lindbergh supporter — the politically ascendant Rabbi Lionel Bengelsdorf — are exhilarating and transformational for her. Spector will play Herman Levin, the proud and opinionated father, who works as an insurance agent and tries to maintain normalcy in the life of his family and friends even as his country seems to be slipping into fascism, anti-Semitism and xenophobic isolationism. Boyle is Alvin Levin, the angry and intelligent orphaned nephew to Herman, who allows political differences with his family, personal grudges and resentments, and his own abhorrence of hypocrisy to drive him from street crime to the battlefields of Europe and back.

Also, we have Robertson who portrays Philip Levin, the youngest of the Levin family, who copes with his own 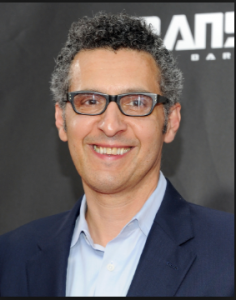 innocent curiosity and growing anxiety in a world that seems to be collapsing around him, both at home and in the streets. Malis is Sandy Levin, the Levin’s artistic teenage son, who rebels against his family and his father in particular as his adolescence becomes entangled with his growing admiration for Lindbergh — a stance encouraged by his beloved Aunt Evelyn’s guidance. As for Turturro (pictured), he is Rabbi Lionel Bengelsdorf, a conservative rabbi and a transplant from Charleston, S.C. where he gained his first synagogue pulpit and became a widower with the death of his affluent wife, seizes the reins of history to become a key figure in the emergent Lindbergh administration — despite growing opposition within the Jewish community as a whole.

As always what develops for David Simon characters is always interesting and we will keep a track of the miniseries as it moves forward. What is looming closer from Simon is the final season of THE DEUCE yet this year.