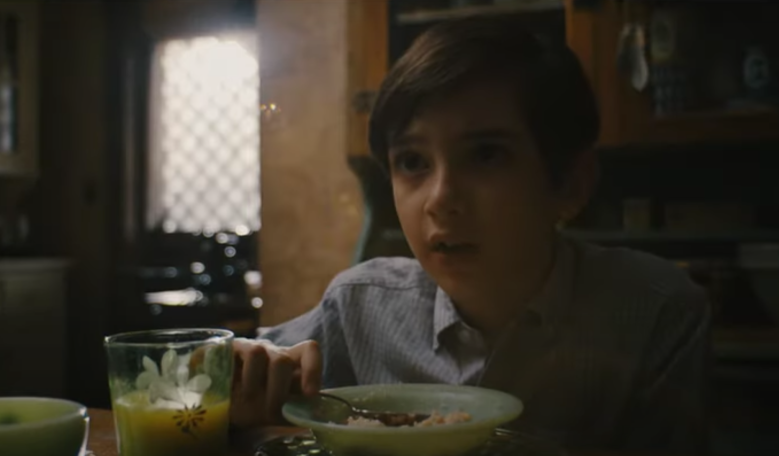 It’s 1942 and the Lindbergh days are truly underway. The environment has even made families turn against each other. We saw the conflict between Herman and his brother, while the hate that Sandy has for Herman has sucked the atmosphere out of the Levin household. And now, Bess has reached her breaking point, threatening Herman that she will take the kids and leave the house. Why?

Herman’s battered and bruised, but also broken…in spirit. How?

A bunch of supporters of ‘that little man in the plane’, and by extension, Jew-haters, storm to a Winchell campaign in New Jersey. So why is the man who spent the past four episodes destroying Lindbergh and his government radio campaigning? This was, well, a cascading scenario, where Winchell’s criticism of the Rabbi’s new ‘Homestead 42’ program, naturally led to the Rabbi ensuring that he is out of a job.

And what to say about the Rabbi? When he was first introduced to us, I genuinely thought that he was a glass-half-full kind of guy. Now he has become a guy who won’t stand for criticism, either for him or Lindy. Remember the moment during the state dinner when Lindbergh totally ignored him and Henry Ford brutally insulted him? Looks like it’s a distant memory now for the Rabbi, as he looks like a lost boy in front of Ford while discussing financial stipend to make his latest program of moving entire Jewish families across state lines a success. 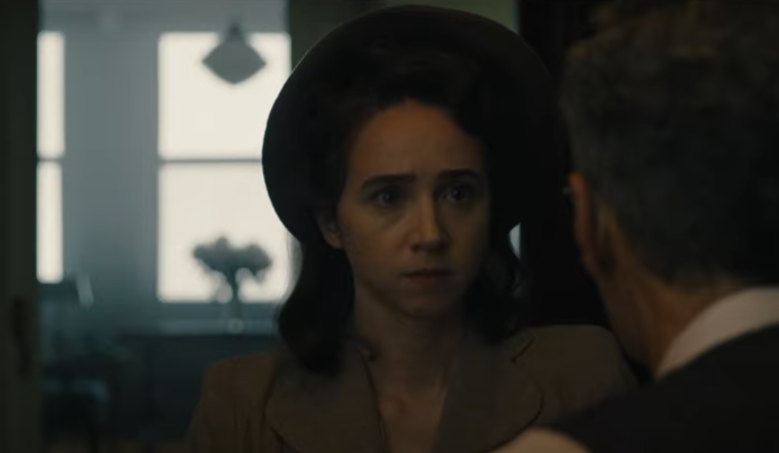 This has made Herman leave his MetLife job. Yes. You see, the Levin family has been chosen to be one of the families enrolled in the program, and even though the Rabbi tries to make them understand that this would help them avoid the FBI that’s been on their tails with regards to Alvin, Bess naturally thinks otherwise. Meanwhile, Herman, with his office buddies, who are also facing a similar situation, takes the first step to combat this program, through the way of court. “We have rights,” he says, forgetting that he is a Jew living in Lindbergh’s country. On getting to know that justice won’t come easy, he leaves his job to work for his brother, where for a change he learns the true value of human labor.

And what of Philip and Sandy? Well, it seems Sandy is on the war path with his family, and Philip is bearing the full brunt of the family’s disintegration. Not helping matters is the leaving of his best friend Seldon, whose recently widowed mother received a letter, curiously telling them that they would be relocating to Kentucky. Well, that was a matter completely of Philip’s doing, when he ran away to Aunt Evelyn and asked her why Seldon and his family could not go to Kentucky. Be careful what you wish for, Philip. The scene where he gives his stamp collection to the departing Seldon is a profoundly sad one, although who knows, part of his sadness might be coming from guilt?

Let’s talk about Alvin now, whose story arc offers some respite in this dark journey. Well, to start off, his expertise at picking locks lands him a job at a pinball machine factory where he immediately takes a liking to the boss’s daughter. “You got intentions?” the boss asks Alvin about his daughter. Alvin’s reply – “It’s too soon to know.” The guy’s smooth.

Not so smooth are the FBI agents chasing him and his uncle’s family. Herman is now completely fed up with them, and the whole environment is too overwhelming for him, which makes him go write a letter to Winchell. The reason? Well, he wants Winchell to kick some behinds, so that his day is made. Our typical mentality – hey, this person aligns with our thoughts, he should totally have a debate with someone who doesn’t, and I hope he becomes our savior – is embodied by Herman.

This takes us to one of the most explosive scenes of the mini-series, when the street fight between Lindy’s mob and Winchell’s supporters turns bloody. The scene immediately cuts to the Rabbi and Evelyn’s wedding, where they are slowly dancing the night away (sorry for leaving their wedding part out), not a care in the world. This scene really puts the tone-deafness of the Rabbi and the enamored Evelyn into perspective.

As it feels now though, it looks like the Levins might have to move states, hoping that they don’t find the ‘Kooducks clan’ there, as Philip calls it. And they might need to support a new baseball club too, so that’s worse. If only they had migrated to Canada…

Check out the promo for Episode Six before you go: