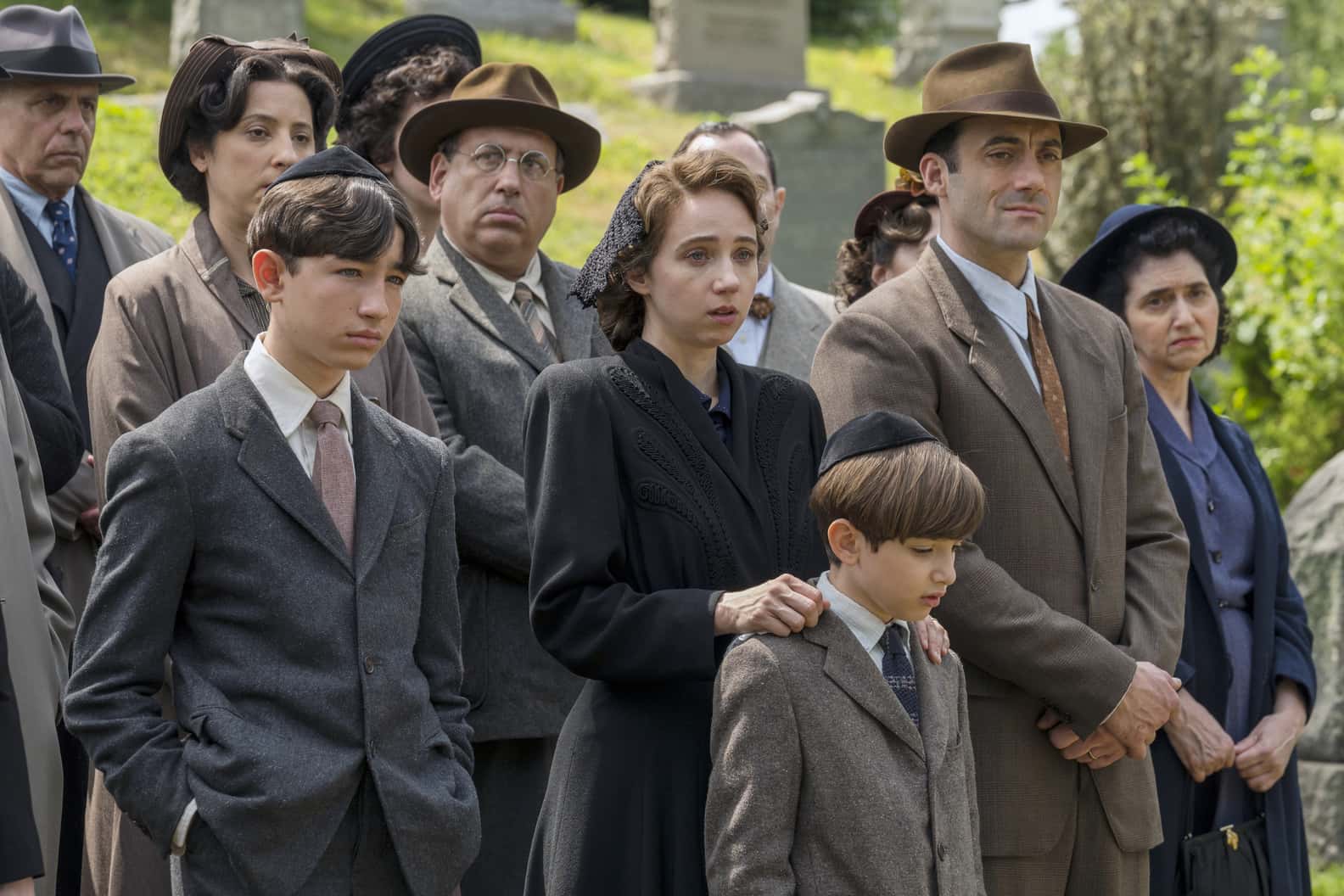 When first published in 2004, Phillip Roth’s novel, The Plot Against America was interpreted by many readers to be a critique of the 43rd President’s tenure.  Roth, although critical of the then Executive Branch, denied this interpretation. In contrast, showrunner David Simon has disclosed that his adaptation of the source material is meant to be a jab at current U.S politics.  The mark of an effective alternate history story is that it can transcend different time periods.  Unlike other alternate history series, The Plot Against America does not portray mass imprisonment and genocide. This approach often creates episodic melodrama.  However, by depicting terror vice horror, HBO’s alternate history series taps into the fears of disenfranchised persons, therefore garnering empathy from viewers. “Part 4” explores the ramifications of Alvin’s decision and a revelation by Rabbi Lionel Bengelsdorf.

Alvin is now a disabled veteran, having lost his leg in combat while engaging German forces under Canadian military command.  Alvin is visited by Uncle Herman, and is dismissive of his Uncle’s attempts at comfort, due to post-traumatic stress disorder.  PTSD is not fully understood at this point in history, and Alvin’s plight is misinterpreted as anti-American, which prompts a visit from FBI agents.  Although this is merely an intimidation ploy, the scene effectively conveys how going against the norm is considered to be un-patriotic.  Alvin, seeking to correct what he deems to be wrong, joined the Canadian Army to combat a tyrannical force to save the lives of those not able to defend themselves.  Some would call that to be very American minded. The Plot Against America’s ensemble cast delivers memorable performances, particularly John Turturro’s Rabbi Lionel Bengelsdorf.  During a dinner with the Levin family, Bengelsdorf reveals that his father fought for the Confederacy, and friends of his father served in the Jefferson Davis administration.   This is all to the chagrin of Herman, who sees Bengelsdorf as a puppet for racists.  Sandy, is vexed with his parents for constantly being at odds with the Rabbi, and this hits an apex when Sandy is invited to the White House by the good Rabbi to meet the Lindberghs.   When denied by his parents to accept the invitation, Sandy calls them “ghetto Jews”.  The internal conflicts in this series is tangible and frightening.

At the White House gala, Rabbi Bengelsdorf and his head-over-heels in love date, Evelyn Finkel, are awed by the President and First Lady.  The widowed Finkel refuses to see the dangers of President Lindbergh’s tenure.  However, the couple’s first glimpse of evil within the administration is hearing the Secretary of Defense’s nasty quip about Jews and Blacks.  Whenever Lindbergh is present, he is either flying, delivering a rousing speech, or dapper at a well-catered gala.  Sensationalism garners attention and crops out true perspective.

As we approach the final two episodes, I remain anxious to view David Simon’s take on the novel’s biggest revelation.  Thus far, this has been a worthy adaptation.