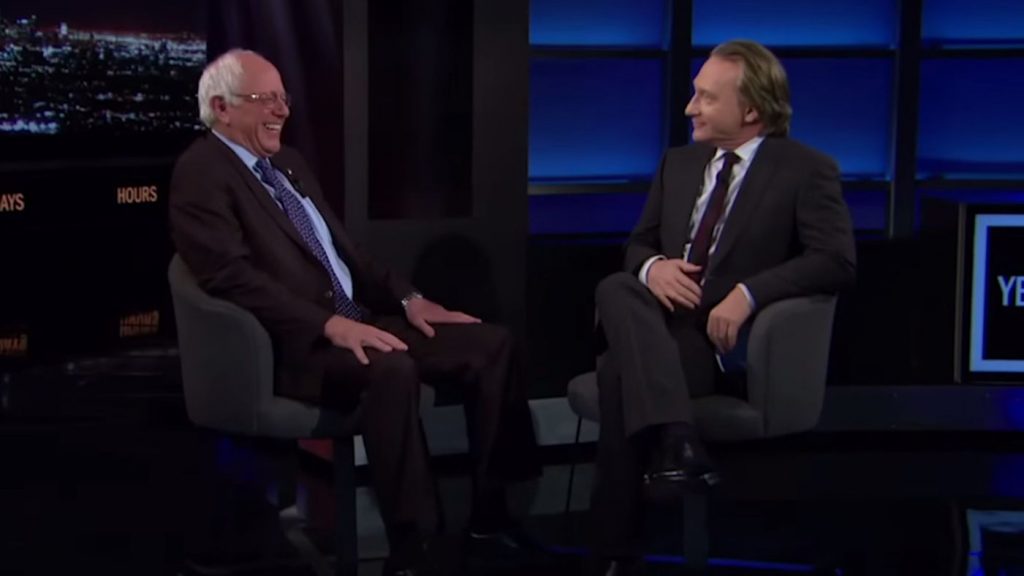 The Bernie revolution is in full swing this political season and fans of Bill Maher’s show have known him for much longer than most of his current supporters do. He’s been on the show 11 times and very few people could have guessed how close he’d be to the White House in 2016.

So when Exstreamist.com noticed that he’d be appearing on Bill Maher’s show on May 27th, we knew it would be a reunion worth watching. We wanted to be sure, because Real Time often changes guests at the last minute (especially when they’re this BIG!) so we asked the Real Time team, who confirmed it for us:

That means you’ll see Bernie Sanders on Real Time with Bill Maher on HBO starting at 10PM PST/EST. You won’t be able to stream the live taped show until the following day, though so find someone with a traditional cable subscription and buckle up. This is going to be a good one.