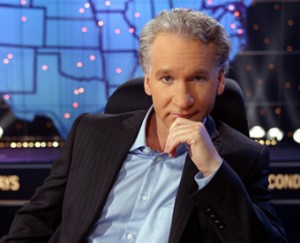 HBO has announced today that Real Time with Bill Maher will be renewed for it’s 10th season.  Amidst controversy and contention, the Real Time with Bill Maher show has been under fire throughout it’s entire existence.  Fortunately, HBO has decided not to back down and will go ahead with production on another season of the left-leaning pundit’s Friday night talk show.