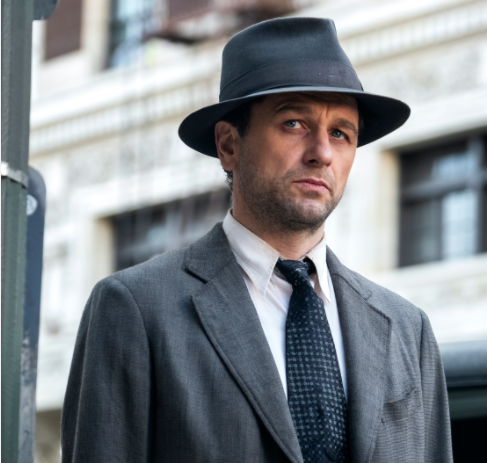 You’ve heard it already but it is true – this isn’t your grandparents’ Perry Mason. Gone are the courtroom scenes were a seemingly guilty Mason client is acquitted of crime each episode  Chapter 2 of this limited series continues the dark moody atmosphere of a noir that is more reminiscent of Boardwalk Empire or Chinatown, than the 1950s CBS television series. Although I have not had the chance to read the source material, peripheral reviews of HBO’s take on Perry Mason suggests that the titular character was a superb detective and average lawyer in the novels. HBO’s Perry Mason is willing to take questionable routes to uncover the truth, as this is a direct result of PTSD from World War I trench warfare.

As Chapter 1 featured a kidnapping gone horribly wrong that is forever burned into my synapses, Chapter 2 has a gruesome reveal of the fate of the kidnappers. In a scene reminiscent of the “Night 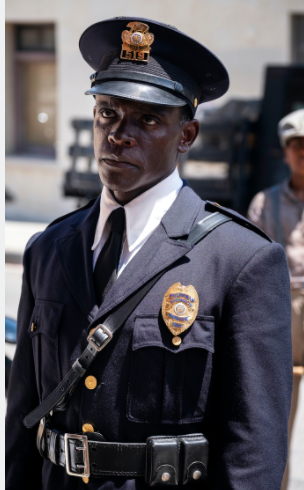 We get more insight into Mason’s friends-with-benefits relationships with pilot Lupe Gibbs (Veronica Falcón).  Gibbs and Mason keep emotions to a low and libido to a high. Mason, who has an estranged wife and a child, buries his problems with alcohol and escapades with Gibbs, whom he does confide in about the cases he works.

The funeral of the Dodson couples’ baby is highlighted with two major events. The first being a fire and brimstone sermon by Sister Alice McKeegan (Tatiana Maslany, pictured). McKeegan’s sermon calls for 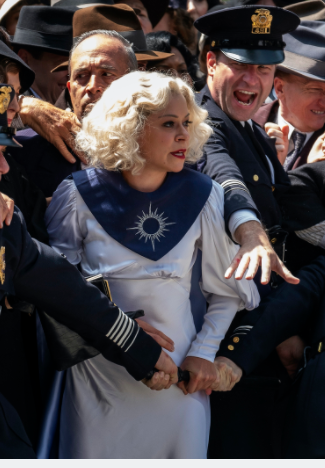 divine intervention to led to the capture, conviction, and hanging of the perpetrators. This is certainly an ideal scenario for the criminals (albeit they have already met their fate at the hands of Ennis), however, the sermon is borderline fanaticism; similar to the exploits of the Tuttle cult in True Detective Season 1.

After the funeral, Mrs. Dodson is arrested for being an accessory to murder.  Mr. Dodson was arrested days prior for first-degree murder. It is not known to viewers if the Dodsons are accomplices to their own child’s death. Mason is unsure but knows that whether or not the Dodson are complicit, higher principalities are certainly involved.

This episode has well-timed humor to not make this intense atmosphere depressing. Mason and employer Elias Jonathan (John Lithgow) are debating over their next moves, while paralegal Della Street and yes, it is that Miss Street. ( Juliet Rylance gives her two cents.  The phone rings and when finally answered by Reese, she forgets to say “Elias Jonathan and associates”.  Jonathan scolds her, for he wants his one-man attorney office to appear as a firm. When the phone rings again, Street puts extra emphasis on annunciating associates.  This simultaneously happens while Mason’s integrity is questioned by Jonathan and Mason’s hirer Mr. Baggerly ( Robert Patrick). Mason retorts that Baggerly denies his fatherhood and is not a saint himself.