On episode 6, Perry is a lawyer and the quest for peace is neigh. 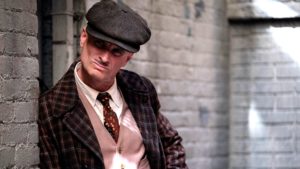 Episode 6 is a whole new chapter in the story as it opens with Perry Mason being scolded by Barnes. The ever ready, yet ever arrogant Barnes is no match for Perry’s newbie vibes, as he addresses the jury for the first time in his life. He gets choked up. Eli said it best: like peeing in public. Although, he sure gets better and better with time. New secrets emerge as Perry understands that Emily’s affair was more than she admitted it to be, with child-neglecting foul sex involved. Perry is, of course, pissed off. He can’t protect her if he doesn’t know all the facts. Why do you lie, Emily?? It’s like she wants to be offed. Meanwhile, the walls are closing in on DBZY and the corrupt cop is digging his grave deeper with each word he enacts. I  can’t wait to see Perry give him his due. Also, seeing Matthew Rhys making a John Lithgow impersonation was a trip for biscuits, or, more relevantly, a trip throuh the PJ’s, as the saying goes. 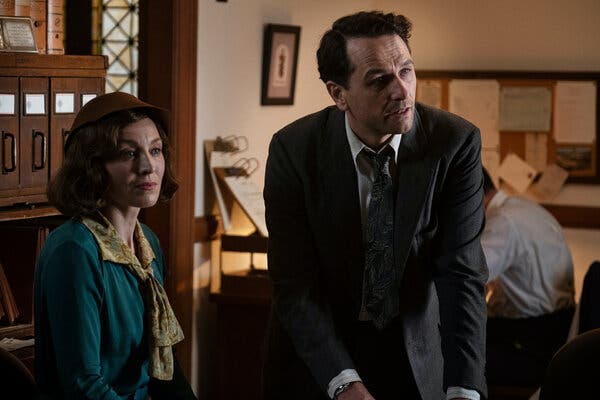 Officer Drake is tormented by his inner deamons when Perry confronts him in court. Will he save the day by answering the tough question that he asks him? Or will he chicken-shit? He sure as hell chicken-shitted. But then the big twist arrives, as he changes his mind. It’s a great moment of greater message in a well-acted monologue about racism and him not wanting to be owned by anyone. Inner deamons. Perry’s inner-deamons are the war. Drake’s are the fight against racism.

Episode 6 is a dive deeper towards resolution. It’s not a game anymore (was it ever?) and Perry & Co. (was nice of them to include that nod to the book in there!) are keen to prevail at all costs. Will they succeed? Will the truth rise above lies? Will politics prevail over the truth? Will Sister Pete raise the Dodson kid from the dead?