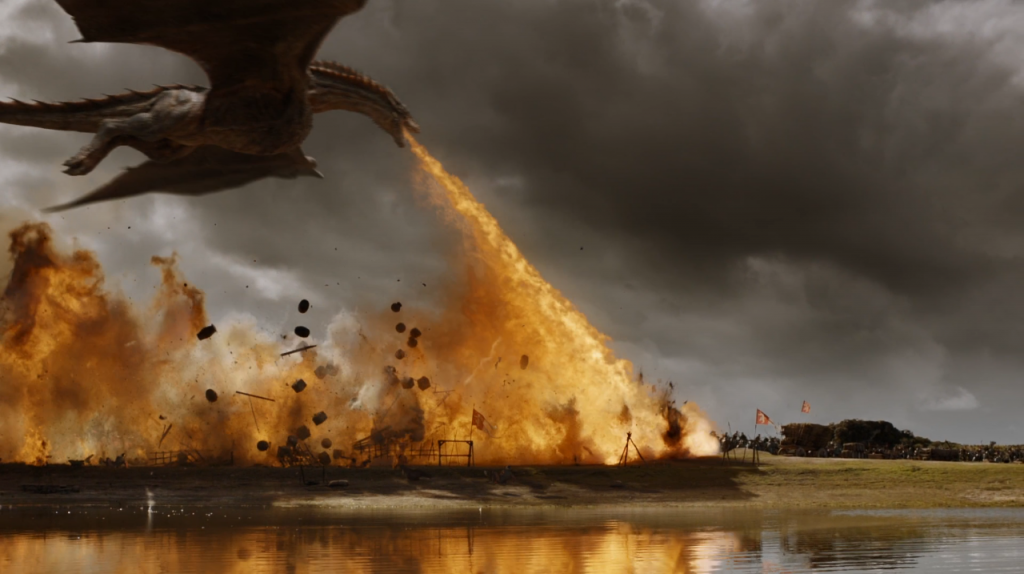 WOW. Game of Thrones was an undeniable tour de force this week, raising the stakes higher than ever as Daenerys finally arrives on Drogon, the Dothraki army underneath her at full force, unleashing her wrath on the Lannister Army. The entire battle is pure cathartic energy and long overdue for Game of Thrones. Though the pacing of Season Seven may be throwing off loyal viewers a bit, it’s understandable—Game of Thrones has been a slower-paced series devoted to character development and an experience of its physical expanse. Seeing Dany get from Dragonstone to The Reach in no time at all is surprising, to say the least. Though I initially found this season’s new pacing disconcerting, it makes sense for the series now. We have developed with every character, location, tragedy, and triumph for over six years, and it’s time for Game of Thrones to unleash the fury it has been destined for since the start.

“My only venture at this moment is reestablishing control over this continent and every person on it.” 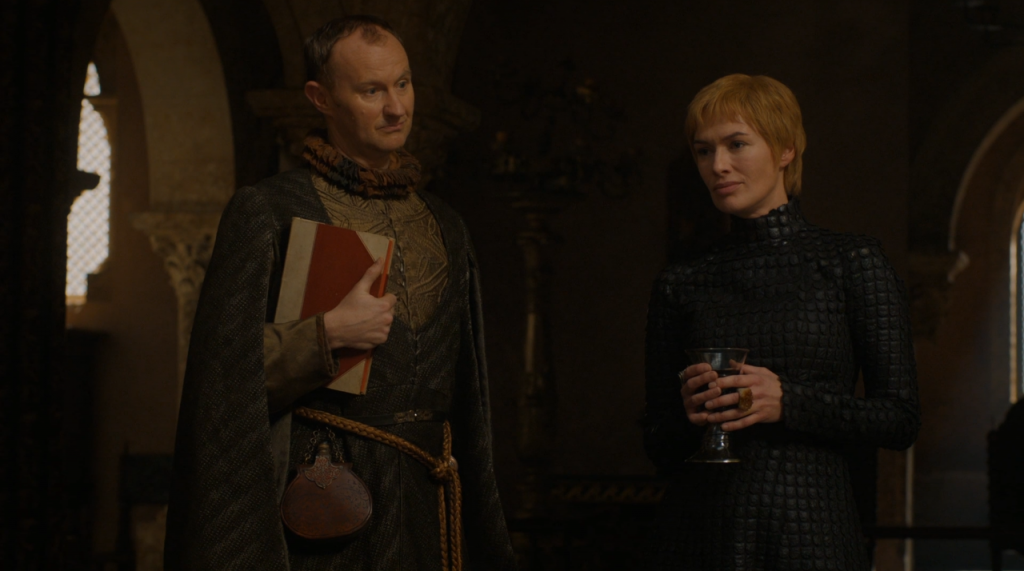 A prominent theme in Season Seven so far is the undeniable truth that women are in power. Step aside, “kings.” Cersei, Dany, Sansa, and Arya are unstoppable at this point. For Cersei in particular, matters are much more political (for now). She pays off her debt to the Iron Bank (or so she thinks) as she prepares for all-out war, knowing they will aid her in said war but are ultimately dispensable in the grand scheme of her diabolical stratagem. Her conversation with Qyburn is a clear indication of such, as Cersei has no plans of slowing down and taking down everyone in her path. (See: The Tyrells.) The much-anticipated infernal war between her and Dany has arrived, and one can only imagine what she has in store. As the wise, dearly departed Olenna Tyrell said about Cersei in her final moments, “That was my prize mistake: a failure of imagination. She’s a monster.”

“I almost died for you.” 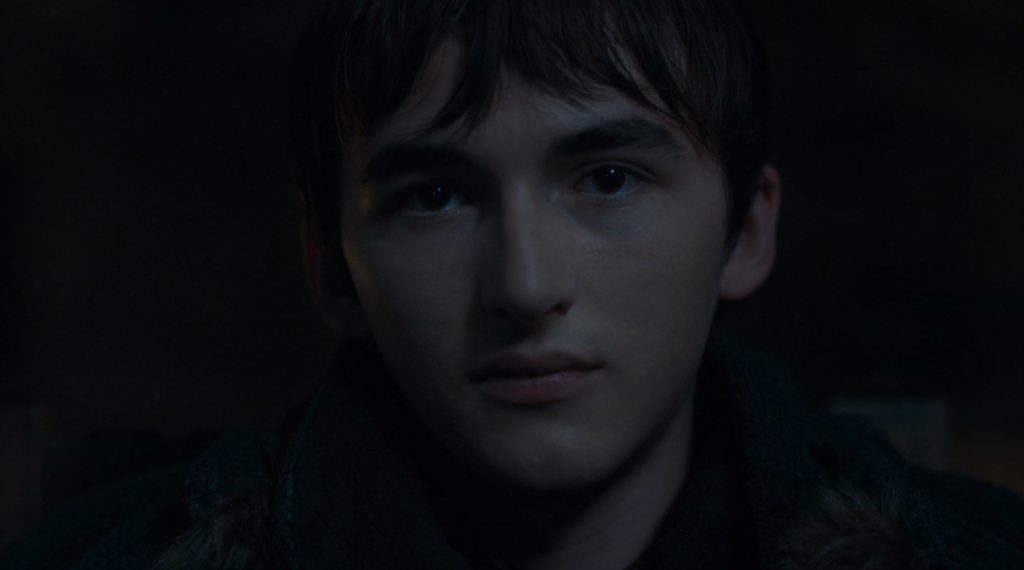 We need to talk about Bran. Being an omnipotent, third-eyed pseudo-philosophical child isn’t an excuse for being an asshole. Though his ultimate role may compensate for recent erratic behavior, his cold and heartless goodbye with Meera and relentlessly metaphorical conversations with Sansa aren’t alleviating tensions in Winterfell. At the very least, he finally got himself a nifty wheelchair. Bran’s disturbing encounter with Littlefinger is, however, an interesting development for Bran. Littlefinger provides Bran with a dagger made of Valyrian steel which was originally meant to be used to murder Bran during his coma. Littlefinger reveals that this is the dagger that started the War of the Five Kings—and it is important to note this particular dagger has a very dense history in Game of Thrones lore—but all of this appears to be of menial nature to Bran. However, this is troubling for someone with omnipotent power. If Bran is now the Three-Eyed Raven and perceives time in a non-linear fashion, it is safe to assume he knows Littlefinger is responsible for the murder of his father and ultimately the wrath it has unleashed between the Starks and Lannisters. Rather than revealing anything incriminating, Bran ends his conversation with Littlefinger abruptly, passive-aggressively stating, “Chaos is a ladder.” Littlefinger’s expression is priceless, causing me to contemplate my doubt of Bran’s power after all.

“Our stories aren’t over yet.”

I could not have been the only one that teared up seeing Arya and Sansa reunite in Winterfell. Though Sansa now has to come to terms with having a god-like brother and assassin sister, it’s comforting seeing the Starks in Winterfell once again, especially considering the horrors each has faced along the way. I have no doubt in my mind Arya is the single best killer in all of the Seven Kingdoms, and her fantastic duel with Brienne (as seen above) only solidifies that. Personally, I can’t wait until she catches a whiff of Littlefinger’s vile plan with Sansa and slits his throat. Could it also be possible that she kills the Night King with the aforementioned dagger? Bran gifting her with the Valyrian steel is too big of a coincidence when we’re talking about the deadliest person in Game of Thrones. Arya saving the day would be a most satisfying conclusion. (Can you tell she’s my favorite character?) 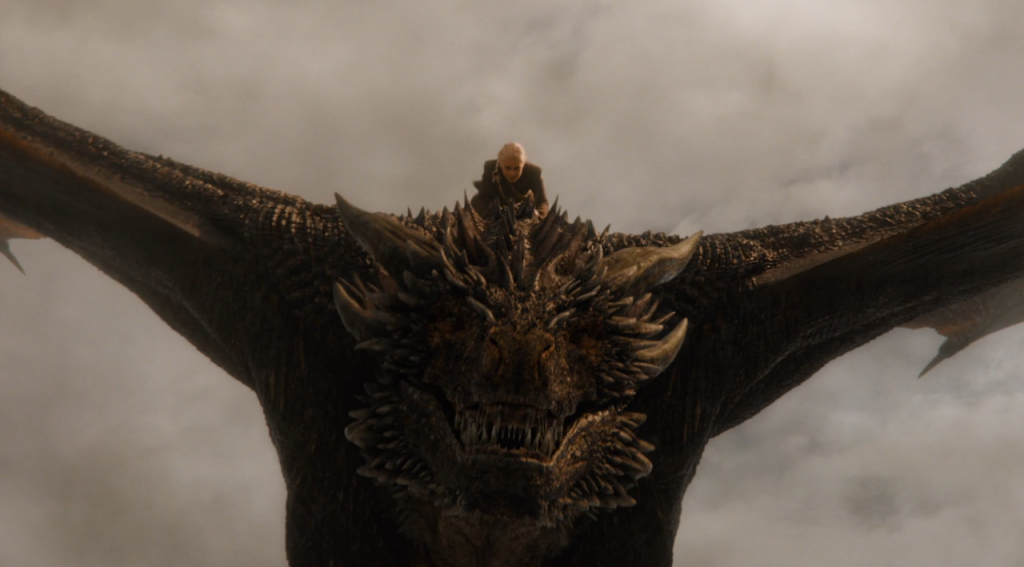 Is it time to forgive Dany for being so insufferably stubborn these past three episodes? Yes, it most certainly is. Despite her incessant squabbling about lording over Jon Snow, Dany finally takes matters into her own hands and blesses us with the best 10 minutes in Game of Thrones history. She rains hellfire on King’s Landing atop Drogon more so as a statement of power than annihilation. This also happens to take place during the Lannister’s transport of gold to the Iron Bank, which Cersei will be less than pleased about. However, by only targeting the Lannister Army rather than any civilians—something Jon warned her against earlier in the episode—she has undeniably shown her strength and laid the foundation for immense bloodshed. Additionally, this attack raises numerous questions for episodes to come: Will Drogon survive? Will someone save Jaime? How will Cersei retaliate? Ultimately, how does Dany plan on winning this war? In next week’s preview, we see her asking the survivors of the Lannister Army to join her. Additionally, because she only attacked the army and no civilians, coupled with the Lannister’s reputation for depriving the southern areas of food, it is entirely possible for Dany to take King’s Landing by turning them over to her side. This is, after all, how she has developed her army and mass of followers throughout six seasons. “Queen of Westeros” has a nice ring to it, but the title will only be pried from Cersei’s cold, dead hands. Considering both are hell-bent on being the Ruler of the Seven Kingdoms, King’s Landing is only the start of this war.

And lest we forget, the Army of the Dead and the Night King aren’t far off…

Here’s a preview of next week’s episode, “Eastwatch,” followed by a look inside “The Spoils of War” and the epic loot train attack.