HBO sure knows how to make fans wait for their premium content!  It’s been almost a year since Game of Thrones season 1 first premiered on HBO and for the first time ever the series will be available on DVD and Blu-Ray begining Monday, March 5th at retailers all over the country!  The set is said to be brimming with features, extras and interviews with all of the important players.  George RR Martin gives commentary on various episodes as well as actors, producers and others involved with creating the HBO magic that is Game of Thrones.  Here’s a list of just some of the stuff you can look forward to: 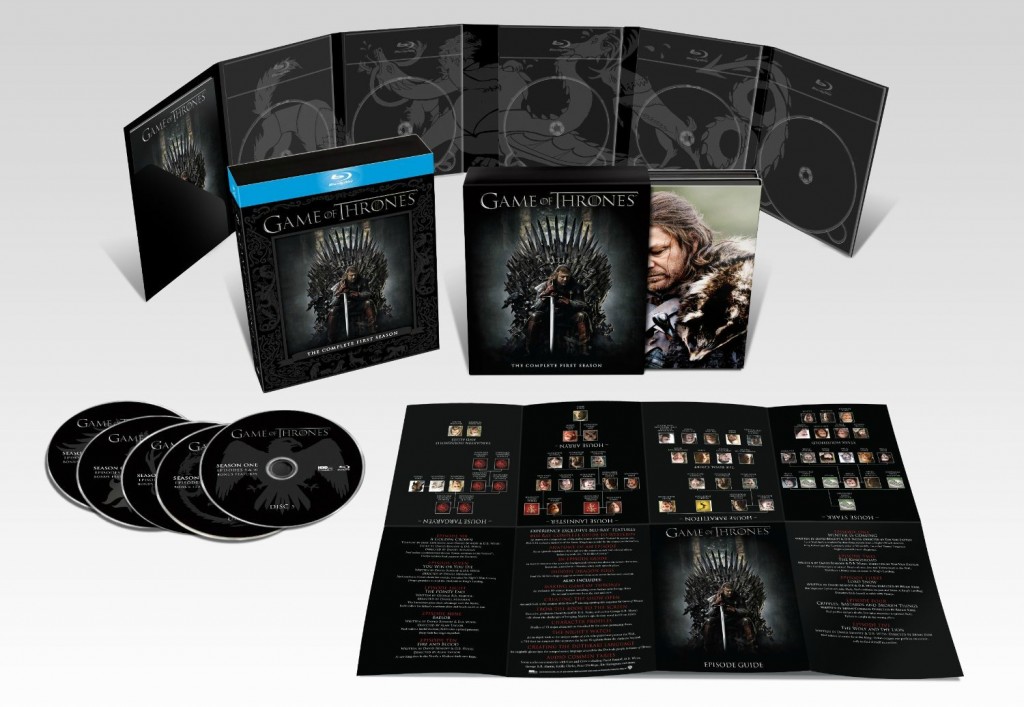 Includes all DVD Special Features plus:

Here’s an example of one of the video features you’ll enjoy when you pop this into your home theater system.  This is called “Hear the Lannisters Roar”:

George RR. Martin gives commentary on various episodes throughout the set! Here’s one such example:

And finally, what would a proper digital release be without a little fun? Here’s Bran, Sansa and Arya humming the Game of Thrones Theme song!

And that’s just some of what you can expect from this awesome set. We’ll have our full review up soon!

Amazon has the Blu Ray set for only $34.99 right now and the DVD set for just $29.99. You can also visit the HBO store for exclusive deals on these sets and other awesome Game of Thrones merch!

Once you’ve got your Game of Thrones season 1 package come back here and let us know what you thought! We want to find all of the easter eggs too so be sure to come back and share the love!