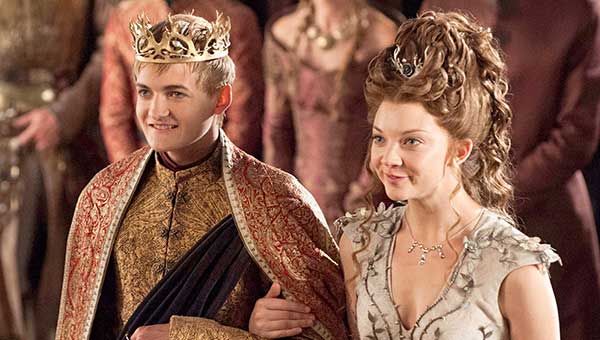 (Purple Wedding Spoilers Ahead!) Maybe someone should tell the people of Westeros to stop attending color themed weddings. First, Game of Thrones gave us the Red Wedding, and broke all our hearts into millions of pieces. Then comes along the Purple Wedding from Sunday night and totally redeems itself!

King Joffrey Baratheon, the snub-nosed child of incest, torturer of women, and petulant, cruel, short-sighted, violent sadist, died at his own wedding from a gruesome, fast-acting poison in his wine. The guests did not cheer, but they were compelled to be polite. However, I cannot say that I, sitting on my couch, was as well-behaved.

So, its farewell to King Joffrey, poisoned by one of the various guests at his wedding who wanted him dead – and who now lies in his mother’s arms, red-eyed and twitching at his last breath. Cruel by nature, wimp in king’s clothing, sadistic coward without regret, we shall never see someone so twisted and vindictive ever again. Personally, I’ll miss the little bastard spawn of an incestuous relationship. After all, it isn’t easy to rise to the position of “Worst Person in Westeros” (that’s an official title by the way). I mean, we are talking about a show whose premiere episode featured the honorable, heroic protagonist Ned Stark executing an innocent man.

Still, Joffrey manages to carry the title with a mix of fortitude and petulance. He approaches ruling Westeros the way any angry, twisted, in-bred, evil blonde pre-teen who’s been trained to be intolerable since the womb would: with blind malice and hateful rage. I do find myself mourning the loss of TV’s perfect villain though. He was the person everyone loved to hate, but now that Joffrey is dead, we can’t hate the best villain on television anymore. 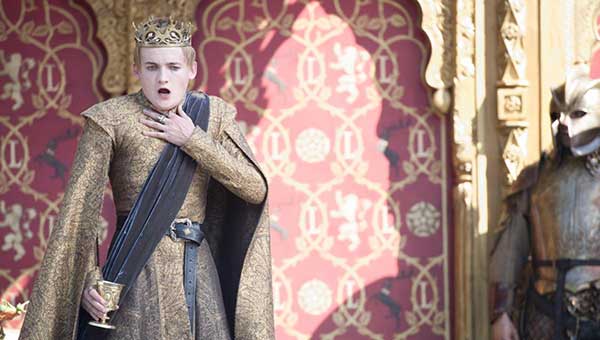 If you’re a Game of Thrones fan, you hardly need reminding that Joffrey – king or not – is just about the most despicable character that George R.R. Martin has ever dreamt up. Although the cause of death is currently inconclusive, King Joffrey was killed on the day of his marriage by a mystery killer in an apparent poisoning. One thing is for certain though: King Joffrey died as he lived … like a little bitch.

Joffrey’s death scene is gruesome and shameful. He dies painfully, convulsing while blood streams from his nose, his eyes bugged, and his skin translucent. His corpse is so pathetic. In death, for the first time in a long while, Joffrey looks like what he is: a kid.

So, with his death in the “Purple Wedding,” Game of Thrones has yet again killed off one of its few centralizing characters. His death, like that of Ned and Robb Stark, further fragments an already extremely fragmented story line. In upcoming episodes, I suspect we may even come to miss Joffrey and the feeling he inspired. Characters that rouse our passion—be they great villains or great heroes—are rare. Ramsay Snow and any other degenerate, unapologetic sadists in Game of Thrones have a long way to go before they can fill Joffrey’s shoes. 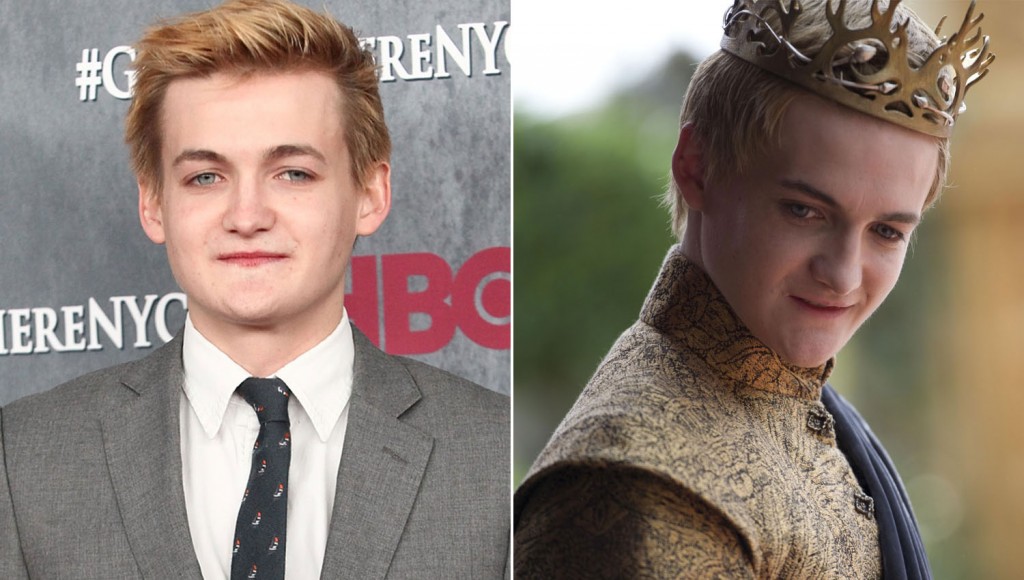 In all seriousness, I know it’s not always comfortable to take quite so much joy in someone else’s pain. But remember Ros, Ned, and Lady! Not to mention that poor book from the wedding breakfast! Remember them? There has to be some sense of joy in seeing him gone. While Game of Thrones fans cheer Joffrey’s gruesome fate, they must also say goodbye to the talented actor who seemingly took utter delight in his almost gleeful portrayal of the evil king. It’s no secret that Jack Gleeson is the polar opposite of Joffrey and deserves a medal for his remarkable portrayal of such a vile character. But now that his run on Game of Thrones is over, the 21-year-old will dedicate his time to his studies at Trinity College, Dublin. Although he’s done acting, Gleeson’s mark will forever be left on the world of Game of Thrones.

On a personal note, as Joffrey gasped his last breath Sunday night, I couldn’t help but think one thing: it sure is nice to see the Lannisters lose something they love for once.

Below is an entertaining video tribute to the late King Joffrey from Vulture.com