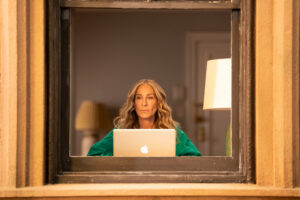 Well, the inevitable has happened. Carrie is dating again. It really was only a matter of time before we saw our girl, dressed to the nines and sitting across from a handsome stranger, however the set up and after math of such a meeting made this a slightly more unpredictable turn for our elegant and chic protagonist.  Carrie is only interesting in going on a date again when her editor reads her new book and suggests that even though it is some of her best writing, there is nothing to offer her core reader base any kind of hope. Carrie has poured herself into her new novel, writing through her grief and understandably is of a much darker tone than her readers would be used to, but when her editor drops the O-bomb and tells her Oprah’s book club would be very interested if it had something of a happy ending, she really has no choice but to have a go at dating again.

What is interesting about Carrie returning to dating is that she has long been out of the loop and doesn’t even know how to meet men. Seema has her all set on a dating app, and she finds herself falling straight into the fickle nature of swiping left or right based on a single photograph. However, she eventually settles on a modest looking teacher who also happens to be a widower. Their date, while starting awkwardly, results in a disgustingly hilarious road side puking session after one too many cocktails. For Carrie, a well put together, chic and stylish woman in her fifties – this is NOT how she wants to be perceived and takes it as a huge sign she isn’t ready to get back into the dating world, but a chance encounter with the same man the next day makes you wonder if there might be something to this after all? 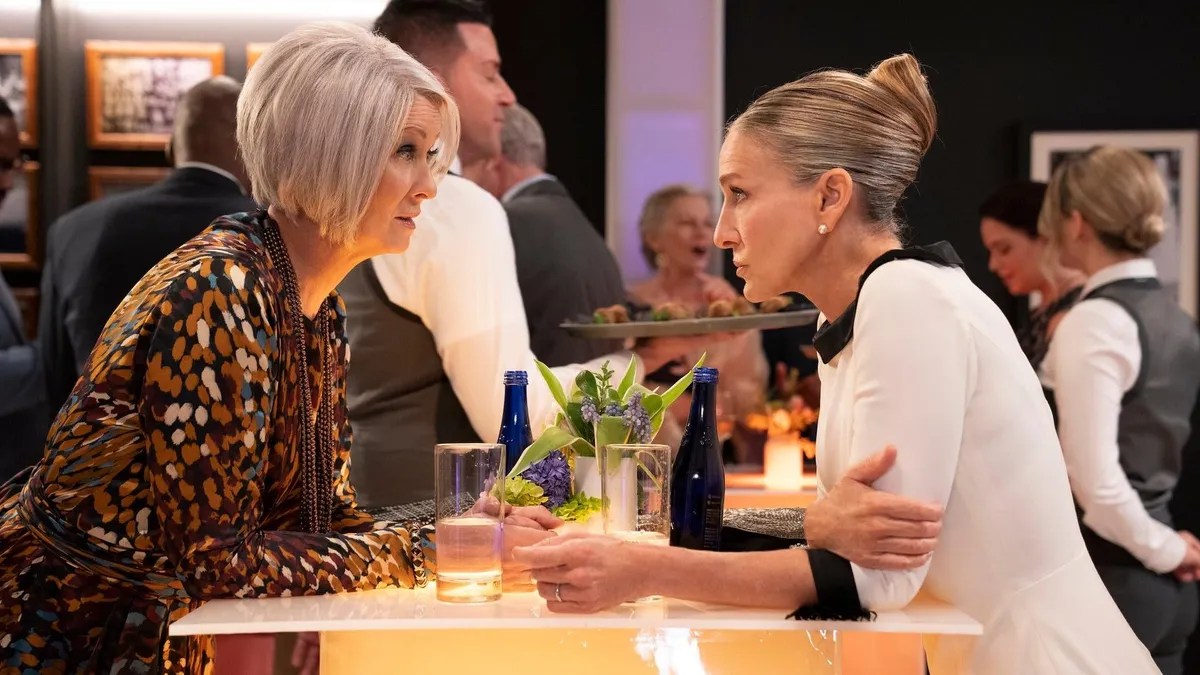 Meanwhile, Charlotte blows a gasket at Harry after a tennis match with LTW and her husband. Honestly, its amazing they’re even still married. Charlotte is even more highly strung than ever and almost every scene has her being unbearable in it. It is unclear if this is actually leading anywhere or if this is just how Charlotte is now. It would be interesting to explore the depth of her character a bit more, especially as Carrie and Miranda are going through a sort of renaissance in their lives, Charlotte is just the same old Charlotte but x1000. 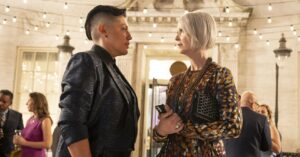 The most interesting character arc belongs to Miranda, who hasn’t heard back from Che following their kitchen romp for three months. Carrie suggests that she tries to reignite her sex life with Steve which results in a highly uncomfortable kitchen scene where Miranda is about as turned on as an old sock. Poor Steve, who only really starts to get into it when she’s had enough, doesn’t even remember how to properly please his wife. No woman wants to hear her husband say ‘am I doing that right?’. Poor Miranda. However, she bumps into Che at an event and the two of them rekindle their affair. Even though she is committing adultery, you can’t help but root for Miranda. Just when you think Che is about to brush her off at the party, they say all the right things, sending your stomach flying with excitement for Miranda. That kind of buzz and chemistry is so hard to get right but its working for them. There’s no telling where this is going to go, but their admission of love to one another spells divorce bells for Steve.

It’s looks like Carrie might be up for more than a editor ordained date and Miranda is going to pursue sexual happiness for the first time in her life. When will Charlotte let herself go?