This weeks And Just Like That…took an amusing turn in its focus on Carrie and her feud with her beautiful, successful new downstairs neighbour, Charlotte attempting the ‘sex talk’ with Lily and Miranda getting serious with Che. 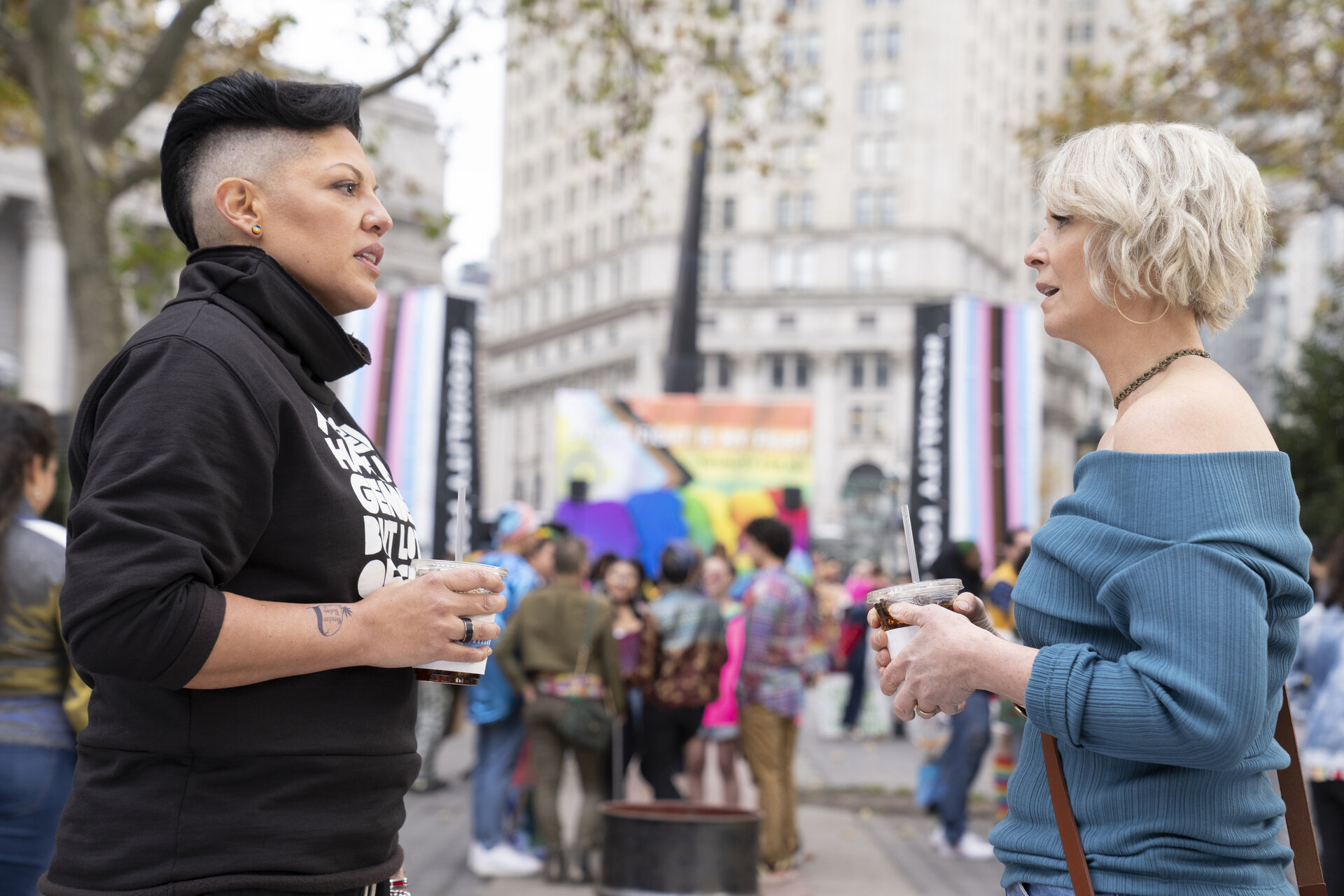 Carrie, who exudes chic at almost all times, is cataloguing her wardrobe which proves to be a great opportunity to remind us of some of Carrie’s most iconic looks, and to also bring out of storage her self-proclaimed ‘pride and joy’. The soft, grey Versace dress she wore in the season six finale of Sex and the City when she is in Paris and Big comes to her 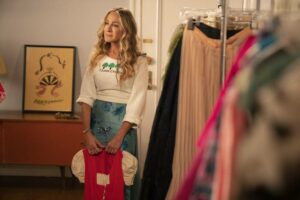 rescue. Lily is helping her catalogue everything, but really it seems like a good distraction for Carrie. She’s got a project to work on which is reminding her of some happy memories, but she is still so dreadfully plagued by her grief for Big that at the end of the episode, she puts the dress on again and eats popcorn in her apartment. There’s nothing tragic or sad about it, simply a woman enveloping herself in a past memory while eating delicious popcorn. The hilarity of this episode comes in her attempts to be cool in front of her new neighbour despite being kept up all night by her loud partying. In two separate moments that humanizes them both, one where Carrie stumbles upon her having an explosive argument with her boyfriend and the other where she finds Carrie walking the streets in what can only be described as ‘lunch lady chic’ they both find a common ground. To each other, they probably seem quite inaccessible but really, they’re just neighbours,

Meanwhile, the whole viewership of And Just Like That…are simultaneously screaming for joy/feeling terrified for Miranda and sobbing for Steve as she finally asks him for a divorce. Despite saying that it is something she has felt she has needed for a long time, and it’s obvious from the first episode of the show that she is in a passion-free zone with Steve, she sure did cut the cord quickly with him. Steve, so unassuming and simple, had no idea it was happening; he is settled, happy, he doesn’t require change. But Miranda wants more than what she has. She wants more of a life 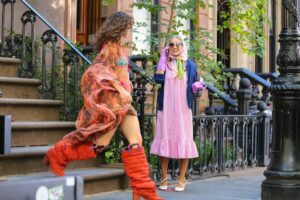 than she does now. It’s an interesting dynamic between them, Miranda has this new vivacity that has come from meeting Che, which has made her realise how unhappy she was before then. But instead of trying to fix that with Steve, she is running straight into the arms of Che. Alarm bells are ringing here. Che who is so genuinely into Miranda is getting swept up in it all as well and it’s just concerning that when the excitement dies down, is it really going to work out? They declare their love for each other, but what is that love? It’s certainly nothing close to the love she had for Steve, it’s an entirely different thing. So, what will Miranda do if it doesn’t work out?

Charlotte deals with a sexually-curious Lily, who is learning – at the age of 15 – she is a very attractive girl with a great body and decides to post a picture on Instagram, on an account Charlotte doesn’t know about, showing off her best assets. Charlotte of course freaks out and decides it’s time to talk to her about the birds and the bees. She is 15, so it’s the right kind of time but Charlotte just doesn’t deal with it very well – again! Her neuroticism is suffocating her character so much, she is becoming so unlikeable. There are only two episodes left so I am assuming, this is just who she is now.

Continuing to be my most looked-forward-to show of the week, And Just Like That…gently entertains, tells stories and drenches us in gorgeous fashion and interior design. Two more episodes to go, what will happen to Miranda next? And will Carrie ever hook up with the teacher again?