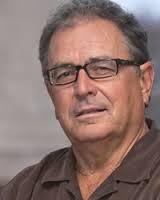 Almost a year to the day, back on 10.23.12, HBOWatch reported that a companion piece to the HBO Miniseries BAND OF BROTHERS and THE PACIFIC was on the development table. Then on 01.19.13  we announced that that third miniseries was a go. It would be called MASTERS OF THE AIR and it is based on the book of the same title by Donald Miller. The film will focus on the air war and bombing campaign over Nazi Germany and will feature the missions of one particular air force – The Mighty Eighth. The author, who is also the screenwriter (pictured) is quoted as saying –

“If you will, it’s a BAND OF BROTHERS in the sky where the guys stick together through love and leadership and there’s a lot of camaraderie in the planes. It’s a very personal story.”

A bit of PR buzz

has generated now about the work out of Pooler Georgia. It is the location of the National Museum of the Mighty Eighth Air Force. At a special event veterans shared their thoughts about the war and the excitement of the film project. Evidently they also shared their stories with Miller as he also stated that interviews with the veterans are being conducted to help flesh out the script.

Here is a local news broadcast, courtesy of NBC’s WSAV3 out of Savannah, Georgia about the event at the museum.

HBOWatch will keep its eye on the prize as HBO Miniseries: MASTERS OF THE AIR continues to develop.