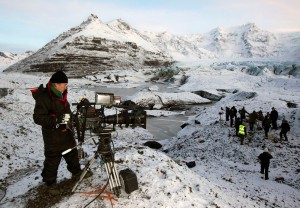 One of the things that makes Game of Thrones so authentic is the ability to shoot at incredible locations. There’s some great behind the scenes footage in special features of the season one DVD’s that shows just how much work goes into finding the right locations. From the first day of scouting, to the last day of shooting, the entire production crew does an incredible job finding locations that work perfectly in the show. Here’s a look at some former and current locations that were used in filming Game of Thrones.

Iceland
Think you have what it takes to be a Ranger of the North? Take yourself to Iceland in search of the Others! Iceland was the perfect back drop for shooting scenes involving the land North of the Wall. There’s no CGI breath, and actors don’t need to pretend to be cold, which only adds to the authenticity of the show. Plus, you know that the actors are going to bring their A-game on every take, so they can get back to their warm trailers and mulled wine sooner rather than later. Iceland is actually no where near as fierce of a place as Game of Thrones would have you think. It’s actually known for beautiful landscapes in the summer, as well as some of the world’s finest hot springs. Don’t forget your dire wolves. 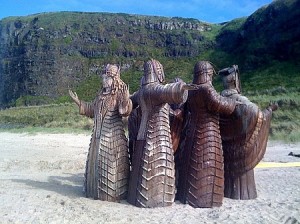 Northern Ireland
The location used to portray Winterfell in the pilot episode was actually Doune Castle in Scotland, however it appears that there are no plans to return there. Instead, check out Castle Ward- it’s open to the public and has working mills and other various attractions. It’s essentially the new Winterfell location, and was used for the remainder of the episodes in season one. Expect to see it again in season two.

Think you can ride with the Dothraki horse lords? Most of us don’t have what it takes, but if you really want to try, plan a visit to Country Antrim, in Northern Ireland. Most of the scenes that feature the Dothraki Sea were filmed in the Glens of Antrim, which is a rugged, yet beautiful landscape. Remind you of a certain Khalessi?

“Head” south to Cairncastle to find the spot where Eddard executes Gared (the Night’s Watch deserter), as well as where the dire wolves are first discovered. Continue on to Magheramorne to see the Quarry where one of the largest sets was built for the show. It’s function: the exterior of Castle Black. 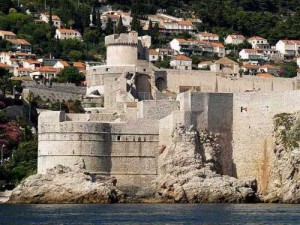 Croatia
Kings Landing was originally shot in Malta. Unfortunately, a subcontractor damaged protected land while on set, so the shooting locations for Kings Landing were moved to areas around Dubrovnik, Croatia. Take a look at the outer wall of the city- it looks like it was made specifically for GOT! It’s hard to say what made it into the final cut of season two, but from the looks of the trailers, it appears some Lannisters may run into some trouble there. Another place you can visit in Croatia is Lokrum Island, where the ancient there monastery acted as backdrop for the city of Quarth. I’d tell you who visits that city, but I don’t want to give anything away!

For those of you that have read the books, what do you envision for the locations we have yet to see? My money is on Mont Saint Michael in France being used for something. I also wouldn’t be shocked to see Kilkea Castle in Ireland make an appearance. Leave a comment with your predictions!