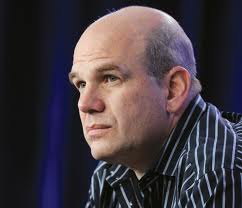 We here at HBOWatch have been wondering what is next for David Simon because, well damn it, some of us appreciate his work in such shows as the acclaimed THE WIRE, which was the acclaimed follow-up to THE CORNER, the mini-series GENERATION KILL and the recently concluded TREME. In fact, not too long ago (this post in from November actually) this very site ruminated on the puzzle of just what could be next from him.

Since that post and the airing of the series finale of TREME Mr. Simon has been doing interviews that talk about his body of work, his writing style, his place in the TV landscape and finally what his next project will be. One of the best places to find out what is on Mr. Simon’s mind is the go right to his city – Baltimore, Maryland. When asked about what’s next by his former employer, the Baltimore Sun, this is what he said.

“I don’t know. I turned in work on a couple of series and a miniseries to HBO to finish out my development deal, and they’ll either want to make some of it or they won’t. It’s kind of up to them. I have to say I’m sort of at this point wondering if I’m not a strange fit for television. And ‘The Wire’ was sort of fire in the bottle, because nobody watched ‘The Wire’ when it was on the air. And nobody watched ‘Generation Kill.’ And nobody watched ‘Treme.’

“So, on some level, while I have a very good reputation after the fact for writing for television, when the stuff’s actually on the air, it isn’t all that much of an asset for a network. So, I don’t know about HBO. They may be getting hip to the fact that nobody watches my shit when it’s on the air. And that’s not likely to change, I don’t think. I’ve gone a long way in television and had a lot of fun doing what doesn’t quite work. It may be time to do something else — I don’t know — or not. But I’m curious to know what HBO thinks almost on an academic level. If we don’t make any more television, I’ll still be very grateful, and it will still have been a wonderful sojourn.” 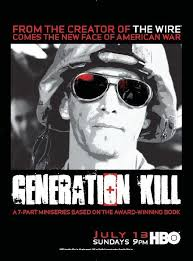 We are not going to beat the drum over and over with quotes about his frustration with how his shows were always seldom seen, but some numbers will help quantify just why Mr. Simon is a bit disillusioned –

THE WIRE only had ‘average numbers’ through the years even though it hit critical acclaim early. Mr. Simon cited a complexity of the plot; a poor time slot; heavy use of esoteric slang, particularly among the gangster characters; and a predominantly black cast as the reason for low ratings. For example, Season One of the half-hour comedy HUNG had 9.3 million viewers; THE WIRE had 5.5 million with only one other HBO drama rating lower and it was TREME with 3.3 million watchers.

THE CORNER, the six episode mini-series which was based on a book by Simon, was not widely seen but like its predecessor, garnered praise. In fact, it was won the Emmy for Outstanding Miniseries of 2000. Do you even remember it?  GENERATION KILL, another miniseries, was next followed by TREME and both favorites among the critics too, but Mr. Simon and HBO weren’t happy with the small passel of viewers. GENERATION KILL saw 1.3 million tuning in for its premiere run. TREME even to its end was lucky to see 1 million viewers watching per episode. That must have built into a frustration for Mr. Simon neither knowing what to do next nor certain of what HBO wants.

This HBOWatch writer really wanted to continue this discussion on David Simon because of Web buzz about Simon’s next project. And, though I 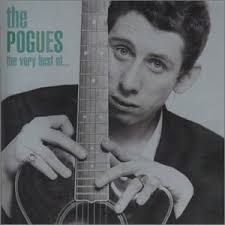 am prepared to give you that news, it seems that the talked about piece is only in early development and not necessarily David Simon’s next work. Surprisingly, or maybe not, Mr. S. is interesting in taking something to the musical stage! Online reports say that he is teaming up with the Druid Theatre Company of Galway, Ireland to flesh out a musical featuring the music of The Pogues. Straight from Mr. S.’s own website he clarifies that –

“ It is not a musical about The Pogues, as was reported, but a tale written to utilize their musical canon. It is not David Simon’s next project after Treme. It is not the Druid Theater’s next project. Casting calls remain unscheduled. Rehearsal space has not been rented. Tickets and playbills are not being printed anywhere for any purpose.”

If you have watched any of Mr. Simon’s work you know he loves music as he incorporates it into all of his stuff. TREME was the richest with its music but The Pogues were used at frequently back with THE WIRE. Now he is branching out with a stage musical that takes the playlist of the Punk band and wraps a story around it sort of like what happened with 80’s hair-bands in Rock of Ages and Abba tunes in Mamma Mia! Again, though I thought we had a certainty what the writer was going to do next we still don’t know. All this leaves wide open what David Simon’s actual next project will be or whether it will even be with HBO or on TV at all. Until then, check all of David Simon’s contributions to HBO on HBOGo, except [amazon_link id=”B004YOEDR4″ target=”_blank” container=”” container_class=”” ]THE CORNER [/amazon_link]which you can purchase. and wait for “What’s Next for HBO’s David Simon (Part III).