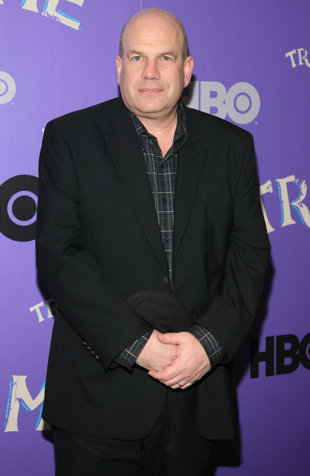 There aren’t many storytellers in the world, let alone on television as dedicated to portraying the human experience as director David Simon.  As the final episodes of Treme air next month many fans are left wondering what the creator of The Wire will do next.  He’s spend over a decade with HBO and looks back fondly on his relationship with the network saying in an interview with EW:

“[…]That’s said with no lack of gratitude for HBO for having sponsored this kind of storytelling for more than a decade now. What we do is not a very profitable enterprise, and they’ve been very very tolerant, and very very supportive. They’ve been very liberal in terms of allowing the people involved in the production of these shows to find their own vision and try to execute. There’s a concomitant responsibility on our part to spend the money properly, and not to overspend, and to put every dollar on the screen that you can. It’s a two-way street. It’s not as if I feel creatively constricted at HBO.”

Given this mutual respect between Mr. Simon and HBO we assume the network will be interested in what he may do next.  But according to another recent interview it seems like David may be considering leaving television all together:

“I think it’s time to look at the medium and say, ‘What is possible?’ the same way filmmakers in features are asking what’s possible. Can you make a small movie any more on a human scale. Can you say something important about what happens between two people or do you have to put a gun in someone’s hand? … Here we weren’t machine-gunning people down. We weren’t ripping off people’s clothes.”

Perhaps a bit of a dig at some other HBO shows pulling in the ratings at the moment.  Could David Simon really be done telling stories on HBO?  If you weren’t already aware The Wire, though now loved and talked about in conversations about “the greatest television show ever”, was set to be cancelled a couple of times.  Simon has always struggled with the reality of the television business and it’s relationship to his work, even under HBO’s caring wing.  Here’s a bit more from the same interview:

“The question is whether anyone is interested in the kind of storytelling I want to do.  I know I could construct something that would sell. But can I sell a story that I want to stay with for four or five years?”

We believe you could, David!  Isn’t there a happy medium in there somewhere?  Something the people can love and get excited about but also looks at life on a very personal level?  The Wire and Treme didn’t get the credit or attention they deserved as so many great pieces of art didn’t.  Don’t let that stop you from telling another story!

What would you want to see from David Simon next?  Leave us a comment below with your thoughts.