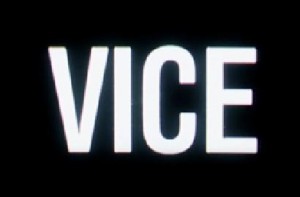 Overview: For 45 years, America was locked in the Cold War with the Soviet Union, and fear of global nuclear annihilation was constant. The end of the Cold War in 1991 was supposed to usher in a new era of peace and cooperation, but it didn’t last. Tensions between the U.S. and Russia have been simmering for years. And now, the conflict in 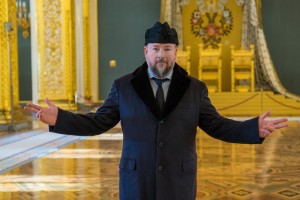 Ukraine has pushed the relationship to the brink of full-blown crisis. VICE Founder Shane Smith met Kremlin officials and American leaders to figure out what’s really driving the new standoff between the powers, while correspondent Simon Ostrovsky reported from the front lines of the bloody war in Eastern Ukraine.

Expectations: There always seems to be so many enemies at the gate. We have North Korean loyalists, Somali pirates, militant extremists and terrorist factions everywhere. VICE, more than anyone likes to make it clear that they all hate America about now. The last thing we need is Russia, formerly the Soviet Union, doing the dangerous posturing it has of late. Or, should we say, what Premier Vladimir Putin is doing as of late. Is VICE getting a bit sensationalist in its season finale when it declares we are facing The Cold War 2.0? Let’s draw our conclusion based on this segment.

Gut Reaction: Wow, what a hell of a way to wrap up a season, Cold War 2.0 with VICE founder Shane Smith and correspondent Simon Ostrovsky.  The best thing I think I like about VICE is that it covers both sides of an issue in a short amount of time; it boils the topic down to its essence with no fluff. That is exactly what we got here with the look at relations between Russia, Ukraine, U. S. and NATO. No claptrap, yammering idiots like you get on some of the 24-hour news channels. I appreciated the thought and direction this 45-minute season finale took.

Not only did Shane Smith talk to both sides of the issues both in the U. S. and in Russia, but Simon Ostrovsky was a valuable assist in getting this story told as well. He was right on the front lines, thankfully, during a cease-fire, and spoke Russian 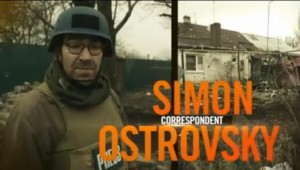 fluently. He should because he is Russian-born, but an American citizen and has been reporting from that region of the globe for VICE NEWS for a while now. He was detained by Soviet forces in Eastern Ukraine in April of 2014 and was beaten for three days and held for ransom. Now he is right back in the region reporting the story that must be heard – that the Iron Curtain is truly down and Russia is out to expand its borders. He even reports from the Baltic region as a follow-up to the segment from last year “The Coldest War.” It is great and fair reporting from both contributors.

But is it still sensationalism? Well, make no mistake Russia, at least with Vladimir Putin at the helm, is a very real threat. I understand he feels pressure about the fact that his country isn’t allowed to grow because NATO says so. I did understand that aspect of all this clearly, but shit, isn’t Russia freaking huge already? Does it need more turf? He can’t take care of the woes his country suffers now so the solution is to expand the borders?  He wants Eastern Europe and the Arctic. And, sadly I believe, based on this VICE report and other news items that he is aggressive enough to go for it. But, will it escalate to WWIII and major annihilation?  Land and lives will be lost, but I don’t believe anyone wants nuclear war that will devastate major countries. That doomsday clock will not tick to the 00:00 hour. Even Putin is not that insane.

In Conclusion: So how will it all play out? One side will cave in when major push comes to shove. Some attempts will be made and havoc will take place but Putin will back down before the big red button is pushed. Hell, Tim Robbins & Jack Black have a better chance of seeing that happen! We will be pushed to that brink, however, just like back in 1962.  It might even get labeled by, I don’t know FOX news, as WWIII, but it won’t take to the point of no return.

I cannot wait for Shane’s Debrief.

To briefly, follow up since I won’t be talking VICE for a while now, I think this Q & A was spot on. There are no clear and simple answers and both sides, the Western powers and the Russian regime, are pushing the boundaries and the media makes it worse. Yes, I label Putin as aggressive because I truly think he is, but that does not mean I don’t think he and his cabinet have legitimate concerns. Prepare for escalated clashes in the matter.

And also prepare for more VICE in the future. Though these reviews of VICE on HBO have not had a huge following VICE and our reporting of it are not going anywhere. HBO and VICE Media have, as we reported, signed a major deal for even more content on the network. HBO is not just about the clash of kings in Westeros, but also about the clash of cultures and politics that made up our real world and I am proud to have reported on it through another season. Peace.