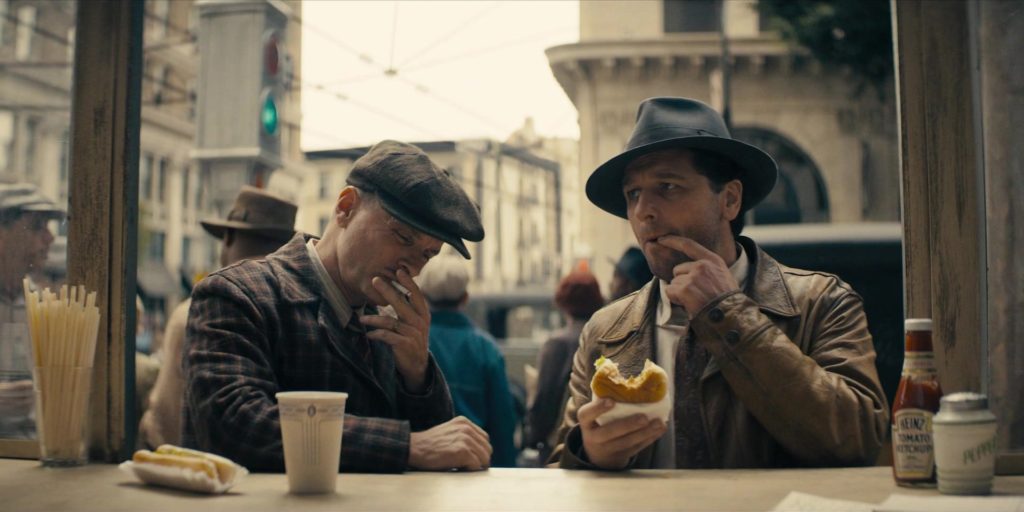 In episode 3 there’s a power play, persuasion and deeper diving into the mystery.

Episode 3 of Perry Mason starts with two press conferences. One by the ever gloating Maynard Barnes who’s keen to take down Emily Dodson and the other by E. B. Jonathan of the defense, who seems quite sure that Dodson is innocent as a kid. We see the power-plays between the two, each wants to present the case as he sees it to make his side more reliable. 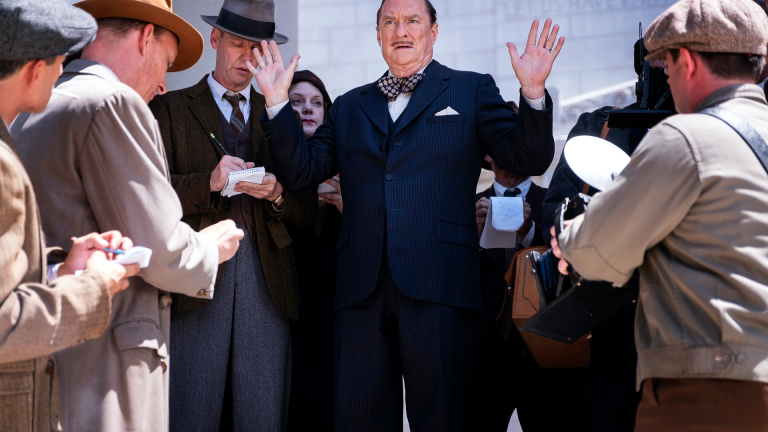 The elusive E. B. Jonathan starting to show signs of distress, which makes us quite worried for the poor lad. Played brilliantly by Jonathan Lithgow, he seems like one of the crowning jewels of the magnificent cast of the show. THE crowning jewel though must be Shea Whigham, who brings his very own angle on the classic character of Pete Strickland, Mason’s partner. Meanwhile, cold winds are rising in the church of Herman Baggerly that makes us wonder why are all those sermon scenes important? I will surely know in an episode or two. Three maximum, but not yet. You? 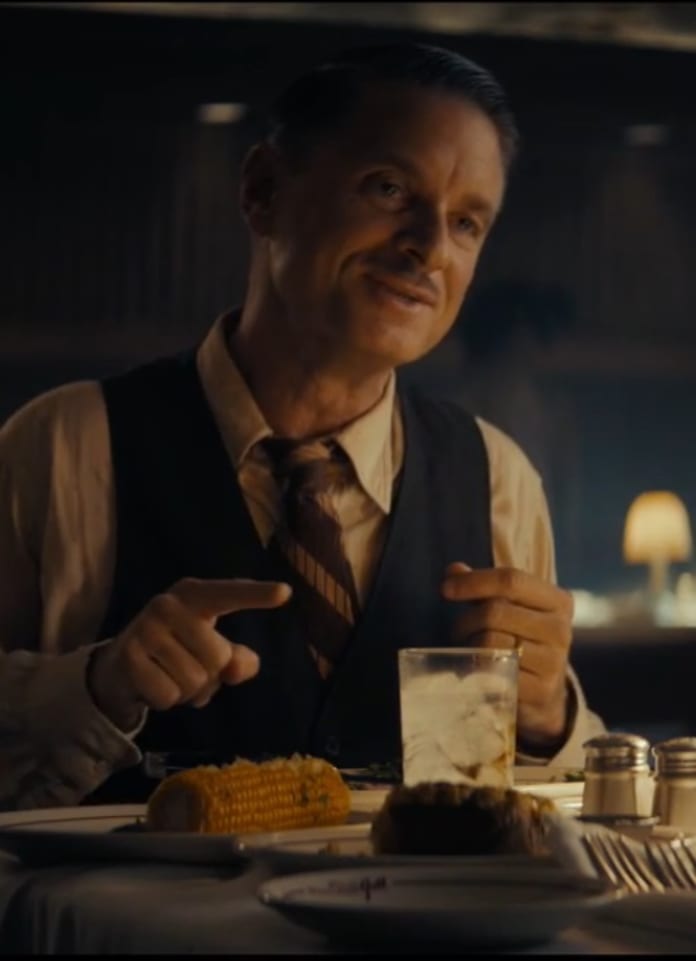 Seeing Shea Whigham (pictured, left) teaming up with David Carbonara and Tim Van Patten makes me miss the good old days of Valentine Narcisse and Dunn Pernsley from Boardwalk Empire. Tim Van Patten is surely schooled in the 1920s – 30’s aesthetics. Although we now have food booths and TV sets, the society of today’s world isn’t so different from Boardwalk-era America. Also, he didn’t really do much in recent years so I missed him and his style dearly. Seeing Howard Korder’s name in the credits fills my heart with glee also and makes me wonder if the names of Itamar Moses and David Flebotte will pop up as well. Hah, get it?

Officer Paul Drake (Chris Chale, pictured left)  is torn apart here. On one hand, he has the truth that burns through his veins as he wants to make it known and on the other hand he has Officer Kurrupt (who runs the dirty-cop alliance also known as DBZY, I’m sure we’ll hear more about them soon) who threatens his family mildly in case he ever thinks about talking to Perry Mason. After a whole episode of pondering, he decides to talk to Mason and tell him the truth. He also gives him the teeth he found on the crime scene, which send him and Eli to the morgue once more (I mean, to check bodies not AS bodies haha).

Sister Alice wants to help in any way possible. She visits Emily in jail and tries to be supportive. At the end of the episode, she seems to have what she describes as a prophecy from God Himself, during a… play? Sermon? Both? She collapses and starts to convulse as everybody sings hymns for Him. When she wakes up, she says that God told her that she can resurrect the dead Dodson baby. As the episode ends, one might wonder: is the prophecy fake? Is it merely a seizure; fairy dust? Or was she just given the word of God? This remains to be seen.

The scene at the casino was very fun to watch, to be sure. It was great to see Mr. Mason combine business and pleasure at the same time while presenting a rare showcase of him having fun. Is his lover the one that will save him from the ghosts of his past and bring the long lost joy to his life once more? Perhaps. And perhaps not. Maybe he’s beyond saving. But don’t forget he does become a class-act defense attorney in his older years.

Episode 3 sends us deeper into the mystery. Where will the story lead? Is there something we don’t know? Probably. And that’s the most fun side, we’ll probably get more and more twists and turns as the plot goes along. Makes me think – why is this only a mini-series and not a show? Will something happen to our dear Mason?