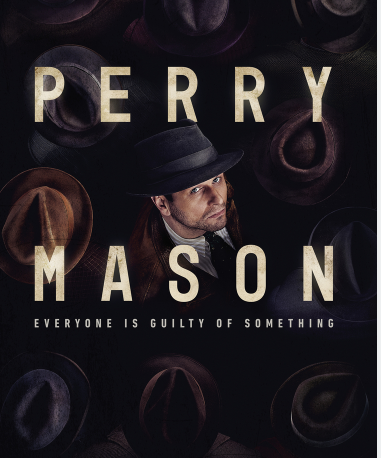 HBO just launched the PERRY MASON limited series on Sunday, June 21 and seems happy with the numbers. The drama, starring Matthew Rhys is a prequel to the classic series starring Raymond Burr. This series looks to the years before Perry Mason became a lawyer and later quite a formidable district attorney. His early training in law was as a detective on the streets of Los Angeles and viewers, it seems, were willing to accept that premise.

The show garnered 1.7 million total viewers, marking the strongest debut night of any series on HBO in nearly two years. it is also being reported that the majority of watchers were digital viewers. The debut drew 884,000 viewers for the 9PM premiere on its channel or streaming sites, and iny additional viewings following took it up to the 1.7 million number. In doing so it surpassed such notable recent HBO series openers as THE OUTSIDER and WATCHMEN.

What is left to wonder is why viewers took to the premiere? One reason could be that people are still starving for good entertainment at home as they are not congregating at movie cinemas quite yet. Another solid reason is the name recognition. Certainly, if Baby Boomers are watching they are familiar with the character and gravitated to HBO’s adaptation because of it. They’ll be surprised though that it is not the Perry Mason they remember but hopefully will still stick with it. Maybe, they are just in the habit of knowing that HBO makes good quality programming and is used to checking out the next big thing? The number really worth noticing is how many of those 1.7 million like what they sat through to return for episode two and the entire series run. That remands to be seen.

We are watching PERRY MASON around here, so check back for our weekly reviews. If you are not on board yet, HBO.com is making the premiere episode free for those who want to catch it without subscribing. Plus, we off this “Under The Fedora” clip.